New research by Washington-based Orb Media, a nonprofit journalism organization, has indicated that a single liter of bottled water can contain thousands of micro-plastic particles.

Exclusive tests by Orb Media on more than 250 bottles from 11 leading brands worldwide reveal widespread contamination with plastic debris including polypropylene, nylon, and polyethylene terephthalate (PET), according to a press release published by the organization on Wednesday.

"The report further underlines the need for more deep research into how ingesting plastic impacts the human body and health," said David Noble, Bluewater head of PR and Communications.

Bluewater is a world leader in leading edge water purification technologies and solutions innovated to remove practically all water contaminants, including plastic particles, and provide a sustainable alternative to single-use plastic bottles.

The Orb Media identified plastic was in 93 percent of the samples. The global average was 325 particles per liter.

Particle concentration ranged from zero to more than 10,000 likely plastic particles in a single bottle. The study was supervised by Dr. Sherri Mason, Chair of the Department of Geology and Environmental Sciences at the State University of New York at Fredonia, a leading micro-plastics researcher.

The Council of Canadians in 2014 cited a study saying that one quarter of the 89 billion litres of bottled water consumed every year are bought outside of the country where they are produced. The study estimates that the manufacturing and transport of a one kilogram bottle of Fiji water consumes 26.88 kilograms of water (7.1 gallons), 0.849 kilo- grams of fossil fuel (one litre or 0.26 gal), and emits 562 grams of greenhouse gasses (1.2 pounds).

"What this latest discovery means for human is unknown as there just isn't enough research available about the health impact of ingested plastics, although some studies indicate pollution of drinking water by pervasive gender-bending chemicals and hormones may be resulting in lower fertility rates and hormone disruption in young women and men," said David Noble.

Bluewater is a signatory to the United Nations #CleanSeas Pledge 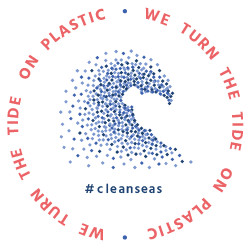 Prior to publication, it must be approved by Bluewater.

David has worked in the international communications business as a journalist and PR professional for over four decades. He is deeply... Show more