OSLO (August 5, 2018) – Norwegian reported a new passenger record in July as it carried more than 3.7 million passengers in a single month. The total number of passengers increased by 13 percent compared to the same month previous year. The load factor was 93 percent.

Norwegian carried 3,796,283 passengers in July, an increase of 13 percent compared to the same month last year. The total traffic growth (RPK) increased by 33 percent this month, driven by a 35 percent capacity growth (ASK). The load factor was a solid 93 percent network wide.

“We are very pleased that an increasing number of passengers in Europe, USA, South America, the Middle East and Asia choose Norwegian for their travels. It is also satisfactory that even with a strong capacity growth our load factor is high. Our capacity growth is still high, but it is not increasing as rapidly as in previous months, which is in line with our strategy. We have been through a long period of strong growth and going forward we will reap what we have sown for the benefit of our customers, staff and shareholders,” said CEO Bjørn Kjos of Norwegian.

Norwegian operated 99.2 percent of the scheduled flights in July, whereof 67.9 percent departed on time. The on-time performance this month was heavily influenced by widespread air traffic control strikes in Europe.

Norwegian is the world’s fifth largest low-cost airline and carried 33 million passengers in 2017. The airline operates more than 500 routes to over 150 destinations in Europe, North Africa, Middle East, Thailand, Caribbean, North and South America. Norwegian has a fleet of more than 150 aircraft, with an average age of 3.7 years, making it one of the world’s youngest and “greenest” fleets. Norwegian was named the Most Fuel-Efficient Airline on Transatlantic Routes by the International Council on Clean Transportation (ICCT). Norwegian was named the World’s Best Low-Cost Long-Haul Airline by the renowned SkyTrax World Airline Awards in for the past three years, and for the fifth consecutive year, named Europe’s Best Low-Cost Airline. Norwegian employs approximately 9,500 people. 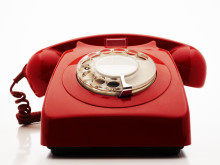 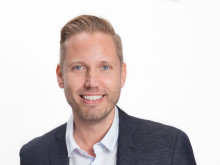