Sweden-based fintech company Zmarta started operations in Finland last year and plans to expand rapidly in the Finnish market. Originally specialized in consumer lending, Zmarta aims to become a market place for consumer finance within even more areas. The company’s newly appointed CEO in Finland is Tuomas Riski, who has a long history in the finance and banking business.

Zmarta has appointed Tuomas Riski, 39, as its new CEO in Finland at the end of March, tasking him with directing the company through a rapid expansion phase in the Finnish market. Riski joins Zmarta from Bigbank, where he served as the Country Manager in Finland. He has previously held various positions within the consumer credit industry at GE Money, Santander and Ferratum Group.

”We are very happy to have Tuomas Riski to lead Zmarta’s expansion in Finland, he will be an excellent addition to our team”, says Björn Lander, CEO at Zmarta Group.

Zmarta – Initially launched in Sweden in February 2015 and a part of Zmarta Group – is a market place for consumer finance. Since its launch in Sweden Zmarta has expanded rapidly, now holding offices in Finland, Norway and Germany. In April, Zmarta was declared one of Europe’s most promising fintech companies at the annual European Fintech Awards.

“Prominent international recognition such as this is very important for us, and we are delighted that our innovativeness has been noted. The fintech sector is expanding rapidly and constantly produces services that benefit regular consumers in all-new ways,” says Tuomas Riski.

Zmarta Group offers a range of services within consumer finance. The group is comprised of a range of brands including Zmarta, Freedom Finance and Centum. The company was founded in 1999, has 200 employees and has offices in Stockholm, Ängelholm, Helsinki, Oslo and Munich. Zmarta Group is owned by H.I.G. Capital. 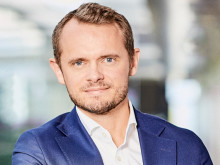