Learning how to make sound environmental choices not enough

“Our research shows that learning how to make sound environmental choices and making it easy to make the right ones are not always enough. Sometimes we must make it hard to do the wrong thing as well,” Noah Linder says.

Noah Linder believes that education and information are tremendously important but believing that this is the whole solution can be risky. Our challenge right now is to make an informed population who generally want to do the right thing act accordingly. Here, he sees an opportunity to use behavioral science when designing new environments. 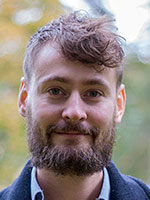 “Time and time again, we see that the fact that people have environmentally friendly opinions is not enough to generate the change in behaviour we need to bring about,” Noah Linder says.

We must make it harder to do the wrong thing

In a study with students in Singapore, Noah tested the desire to recycle a yogurt container. Clearly, very small changes in the design of the environment had a very positive effect on recycling. When it became a little harder to do the wrong thing and when recycling was the obvious choice, very many students did the right thing.

“Good intentions and environmentally friendly attitudes mattered very little, if doing the wrong thing was just as easy as doing the right thing. We show that to initiate positive changes on a large scale, it sometimes needs to be much easier to do the right thing.”

Make it clear what we want people to do

“When I walk around in residential areas, information is often poor with unclear signs. We need to create environments that clearly signal what behaviour we expect. It should be easy to do the right thing and, preferably, a little harder to do the wrong thing.”

Although much has improved, he notes that doing the wrong thing still tends to be easier to do than doing the right thing. If, for example, there is a place for food waste collection, it could be located next to household waste, but usually it is located much further away. The disposal chutes in each stairwell that Swedish block of flats used to have could have been an excellent solution for food waste, for example.

“In general, we humans try hard to figure out what kind of behavior is the desired one. If it is a little easier to throw away food waste than household waste, it becomes very clear what you should do.”

Politicians and urban planners can easily justify that it should be easy to do the right thing, but Noah assumes that it takes more political courage to make it hard to engage in undesirable behaviors.

To place the bicycle parking near the entrance, while the car parking is located a good distance away or down in a garage, is an example of planning urban spaces and new workplaces that favours desirable behaviour over undesirable behaviors.

“As long as commuting by car is much easier, it will not matter that you care a lot about the environment or intend to go by public transport or ride your bicycle.”