“We have developed cooling methods for steel that save energy, reduce water usage up to 50 percent, reduce use of natural resources and increase the product’s lifespan,” says Mohammad Jahedi, researcher at University of Gävle. No other test rig can compete with the one at University of Gävle. During the years the researchers been working, the Swedish steel industry has shown great interest.

The common belief that music enhances creativity is disproved by researchers University of Gävle and two universities in England; in fact, music has the opposite effect. “Regardless if the music made the participants feel good, if they liked the music or if they regularly listened to music while studying, music impaired their creative performance.”

Research shows that 15000 individuals are active within what is defined as organized crime and within violent extremist groups in Sweden. “This shouldn’t surprise anyone, as there are so many results that should alarm us and cause concern,” says Amir Rostami, reader in criminology at University of Gävle.

​“Gynecologists in Sweden are a very polarized group regarding clitoral reconstruction, and our study is one of very few on the subject,” says Malin Jordal, researcher and senior lecturer in caring sciences at University of Gävle. “Sexuality and sexual health have not been targeted much and we would like to highlight those issues now,”

​For the first time, researchers from University of Gävle who use satellite images can prove that cities in Denmark have become both denser and greener in the time period 1995-2015. As urban densification and greening tend to be seen as two incompatible goals, results from a major survey in Denmark surprised researchers.

Leasing instead of buying chemicals would make wonders for the environment

​“Our concept could reduce chemical emissions in the atmosphere from today’s hundreds of tons to only 10-12 tons per year,” says Rodrigo Lozano, researcher in industrial engineering and management at University of Gävle. Originally, this concept comes from the UN industrial development organisation (Unido). It is a method to reduce trade and dumping of chemicals.

The workload is high and there are major psychosocial disorders, so we hope to be able to make a difference. Now, the Union has also reached out to us and asked for help,” Jennie Jackson concludes. This is the first study conducted in Sweden that focus on the new type of central warehouses in which employees pack food ordered online.

Academics find strength in nature during the COVID-19 pandemic

​A new study from University of Gävle shows that nature is by far the most important resource in coping with stress and with working remotely for staff at universities and university colleges during the COVID-19 pandemic.

Sustainability researcher at University of Gävle awarded prize in USA

​“This is a testimony to the fact that my work is recognised, and I was truly overwhelmed,” says Nuria Bautista Puig, sustainability researcher at University of Gävle. “This prize recognizes the contribution of higher education institutions to sustainable development, and it is the only prize of its kind on this level.”

“The Swedish Corona strategy was for a homogenous population”

“The Swedish strategy did not take the migrants’ ways of life into account. It looks as if those responsible completely missed this aspect in their preparations,” says Komalsingh Rambaree, reader in social work at University of Gävle. After the great immigration in 2015, Swedish authorities should have known that this is a vulnerable group, and their strategy should have intended to protect them.

“We need to create new green jobs to give protesters tools and opportunities to do something,” Johan Colding says. “Changing our view of what a job is and working with ecosystem services can create many jobs.” “We want people to become involved and to be able to contribute in a constructive manner.”

Clarivate’s annual list of Highly Cited Researchers 2020, it shows that Stephan Barthel, founder of Urban Studio at University of Gävle, again is one of the most cited researchers in the world. Stephan Barthel’s articles center on how development in urban green spaces can offer people new contexts and generate new behaviour and, at the same time, be connected global sustainable development.

​“In Gävle, teachers know who the children who are bullied are, and they put a stop to the bullying for at least three out of four pupils each term,” says Peter Gill, professor emeritus in education at University of Gävle. “In Gävle Municipality, the percentage of pupils who were bullied was lower, and the difference is substantial: school bullying is 40 percent lower than the rest of Sweden.”

Violence at work tends to increase after staff reductions

When employers cut down on staff, more incidents of violence are reported to the Swedish Work Environment Authority, according to research. Violence often occurs at workplaces where clients are in need of help and support. “Actually, this is a work environment issue,” says Sofia Wikman, criminologist at University of Gävle.

Researchers in joint effort: “We need to make our cities sustainable”

“The research school is a brilliant example of how research in collaboration with external parties can contribute to finding solutions to the challenges we are facing. Three higher education institutions together strive to be at the absolute forefront in urban development,” says Patrik Thollander, director for “Future-Proof Cities.”

Collaboration may not always be the key for “greener” logistics

Why does the logistics industry fail to achieve its environmental goals despite the abundance of technological solutions available, asks Amer Jazairy, researcher in sustainable logistics at the University of Gävle. “ This is the first time that we researchers argue that collaboration is not always to be preferred when we have green logistics as our aim. More isn’t always better.”

“Scents bring back my memories”

Researchers at the University of Gävle are developing an app that is aimed to inspire both residents and staff at residential care facilities to use the garden to promote well-being and health. “I observed how the garden can stimulate all senses, evoke old memories, and this is what we want to use the garden for,” Eva Dahlkvist explains.

One out of ten teachers in Sweden suffers from stress-related exhaustion, a 50 percent higher percentage than in other professional groups. “Teachers with a strong social consciousness who are deeply involved in pupils and colleagues are the most vulnerable ones,” says Ola Nordhall, lecturer in psychology and doctoral student within occupational health at the University of Gävle.

​“To understand history, how people have adapted the wetland to survive, is important in the protection of green areas in cities today,” says Maria Schewenius, environmental researcher at the University of Gävle. - Temperature control and air purification are very important functions. When cities become both larger and denser, they also become warmer and often have problems with air quality. 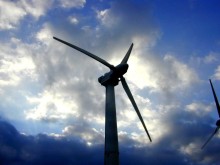 ​“I have developed an efficient method which can be used in selecting the best alternative from a million, or an infinite number, of alternatives,” says Goran Milutinovic, researcher at the University Gävle. When using data from geographic information systems, where every point on the map is a potential alternative, the new method becomes really useful.