Equipped with battery packs and other green technology, the three ships will operate year-round expedition cruises along the Norwegian coast from 2021 on yet to be disclosed itineraries.

This means Hurtigruten – which this summer introduced the world’s first hybrid powered cruise ship, MS Roald Amundsen – will add another three hybrid powered ships to what is already considered the greenest fleet of cruise ships in the world.

- With these new expedition cruise vessels, you will be able to explore Norway like never before, with all the comforts, facilities and expertise you need for creating a perfect adventure. Combined with groundbreaking green technology, these ships will truly stand out, Hurtigruten CEO Daniel Skjeldam says.

TOTAL UPGRADE: The three ships will receive a total makeover. This will be the new Explorer Lounge on MS Maud and MS Eirik Raude. Photo: HURTIGRUTEN

MS Otto Sverdrup will have battery packs installed during a 2020 yard stay, with a letter of intent for the same battery installation on MS Maud and MS Eirik Raude in 2021. The battery packs will support the ships engines, and drastically cut emissions.

The three ships will also be equipped for shore power, to cut emissions to zero when docked in ports with shore power facilities.

In addition, the three ships will get substantially upgraded low-emission engines, complying with all known and upcoming regulations (Tier3).

- At Hurtigruten, the push for sustainable solutions and introduction of green technology is the core of everything we do. We operate in some of the most spectacular areas of the world. This comes with a responsibility, Skjeldam says. 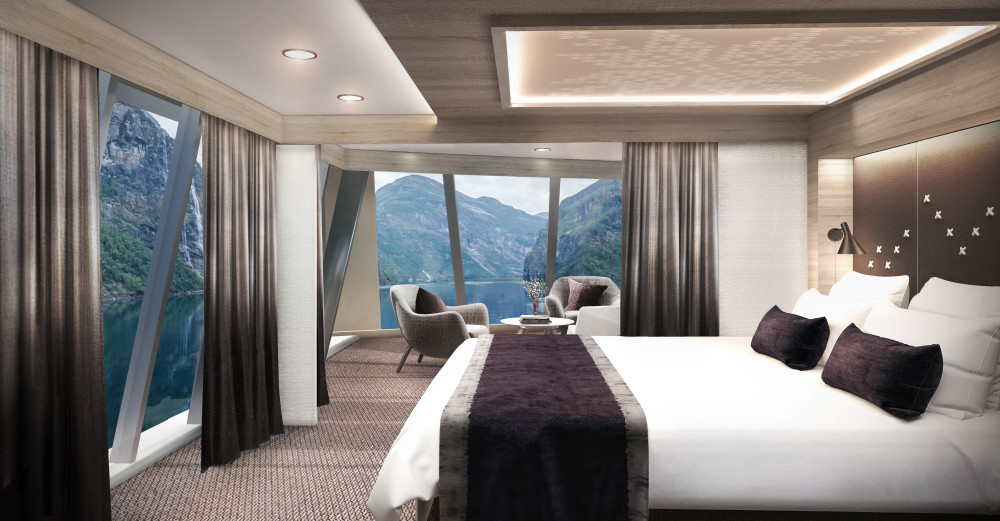 NEW CABINS: All cabins and suites will be renovated. This are the first sketches of the brand new corner-suites at the front of the top deck on board MS Maud and MS Eirik Raude. Photo: HURTIGRUTEN

Through the three single largest upgrade projects in Hurtigruten’s more than 125 years of history, the ships will be transformed into premium expedition cruise ships, carrying a maximum of 530 guests.

The keep-to-mast upgrades will introduce several new features and venues on the ships. Some highlights include:

Using natural Scandinavian materials such as granite, oak, birch and wool, all public areas on MS Maud, MS Otto Sverdrup and MS Eirik Raude will be redesigned to create a relaxed and stylish look and feel, and add to the premium on-board experience.

A specially designed Expedition Launch – the tender pit area where guests embark on their on their excursions and off-ship adventures – will be added to all ships, complete with tender boats and other expedition equipment.

All cabins and suites will be completely refurbished, and new suites with spectacular views added to all three ships.

Hurtigruten’s signature Science Center will be added to the three ships. Packed with state-of-the-art technology and high-tech gadgets such as touch screens, science equipment and other interactive features, the edutainment area will also be the on-board HQ for the ship’s Expedition Team. 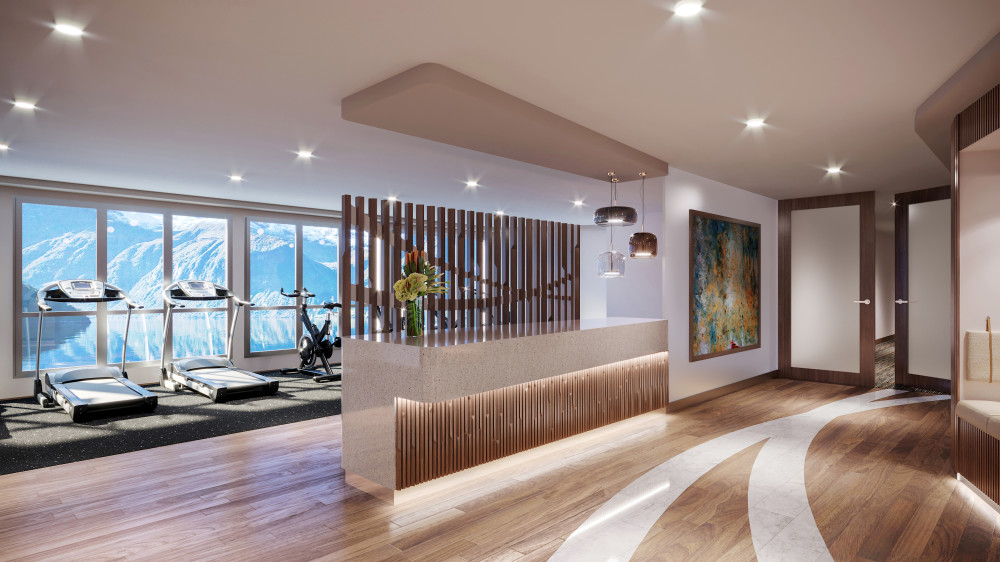 WELLNESS: This will be the new wellness area on board MS Otto Sverdrup. PHOTO: HURTIGRUTEN 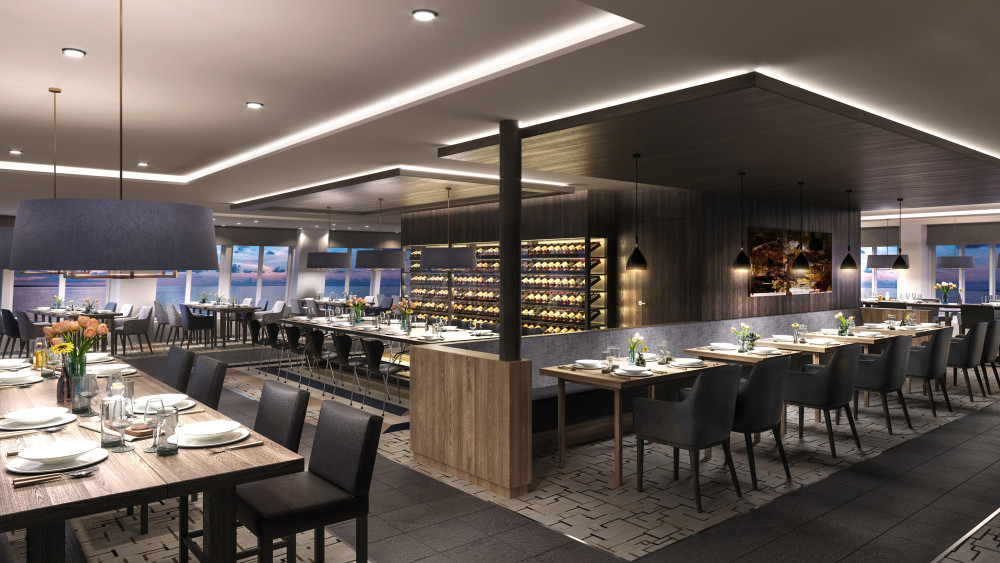 The main restaurants will be transformed to Restaurant Aune (pictured above), Hurtigruten’s new expedition cruise main restaurant concept. Aune will be social and informal with the use of natural elements in design and interiors, and serves breakfast, lunch and dinner based on a Scandinavian identity. 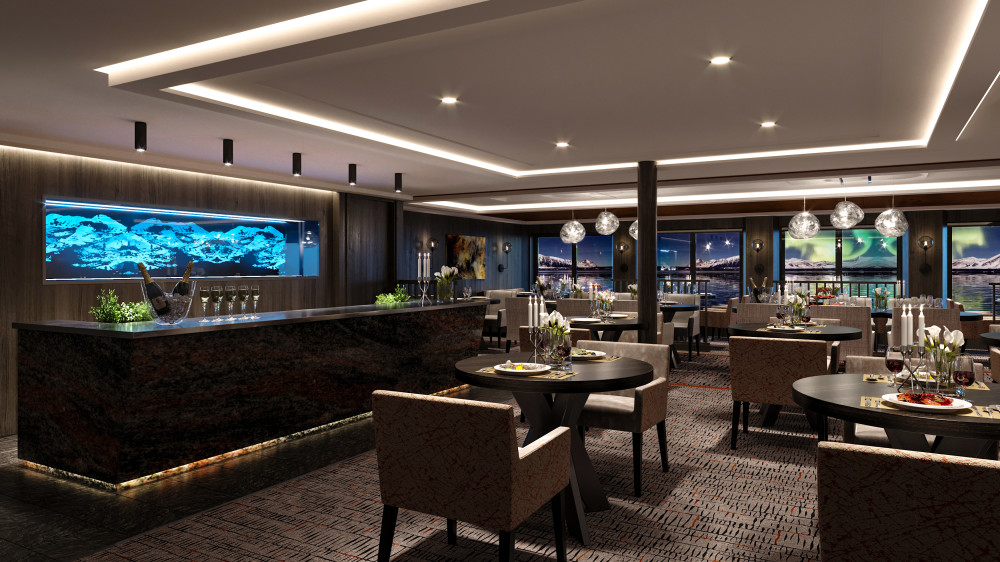 Restaurant Lindstrøm (pictured above), a specialty restaurant named after the favorite chef of the Norwegian polar heroes, will be added. Lindstrøm will be an upper premium fine dining restaurant with strong roots in traditional Norwegian cooking that are contrasted with modern cuisine.

The informal eatery Fredheim (pictured above), named after a legendary 1920s hunting station in Svalbard that sheltered adventurers from around the world. In addition, a new outdoor grill venue will be added outdoor on the top decks.

The ship’s extensive art collections will be preserved. 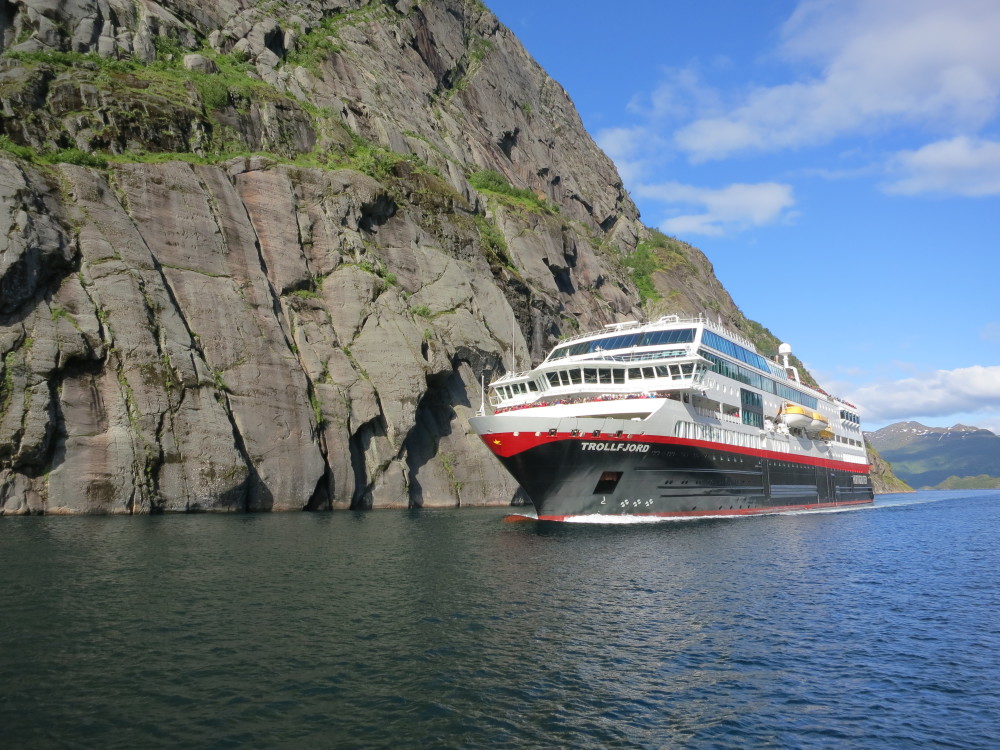 MS Maud, the current MS Trollfjord, is named after one of the most famous polar vessels of all time, Roald Amundsens “Maud” from 1917. The original “Maud” got her name from the first Queen of modern-day Norway, who also had her namesake in Hurtigruten’s 1925 flagship DS Dronning Maud (“DS Queen Maud”). 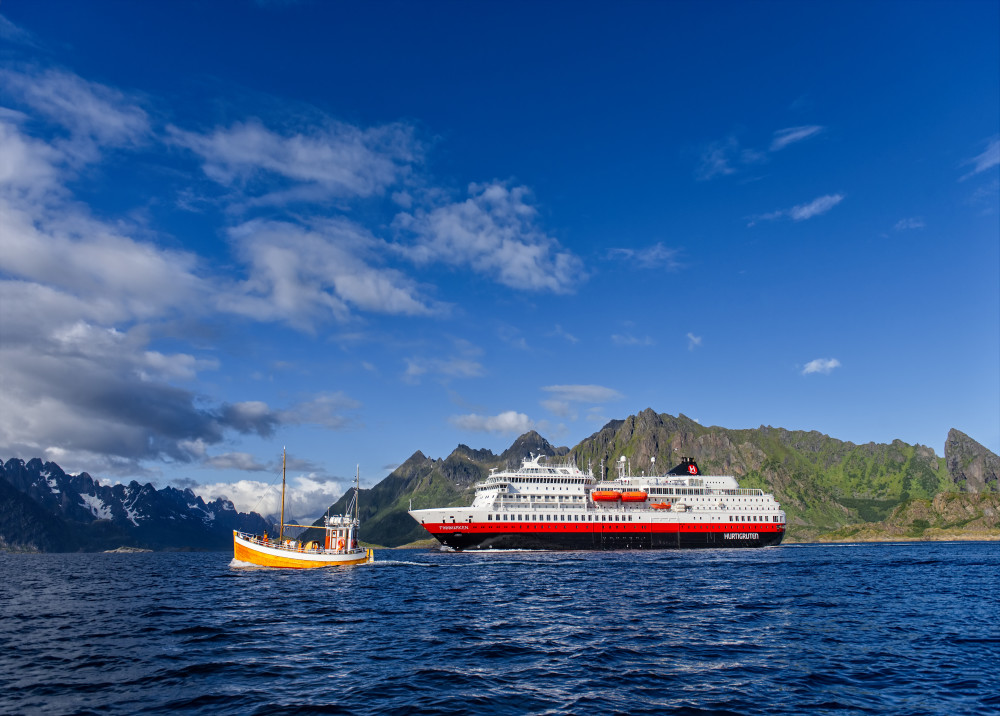 MS Otto Sverdrup, the current MS Finnmarken, is named after one of Norway’s most notable polar heroes. Alongside Fridtjof Nansen, he was the first to ski across Greenland, a key contributor to several expeditions and captain on the legendary polar ship “Fram”. Sverdrup also has a close connection to Hurtigruten: Between the expeditions he was a captain on board Hurtigruten ships. 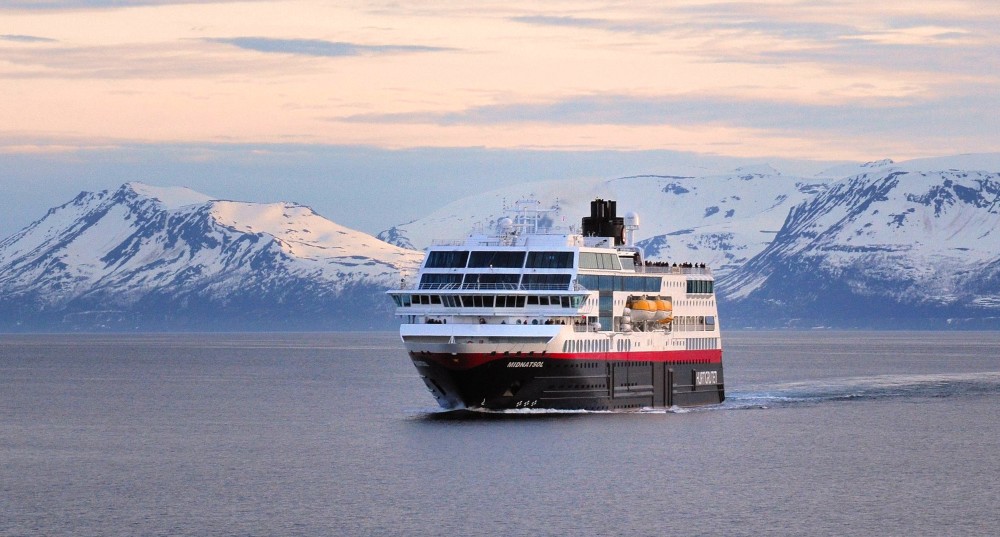 MS Eirik Raude, the current MS Midnatsol, is named after one of the most famous Viking chiefs in history. Eirik Raude – also known as Eric the Red – got his name from his huge red beard, and is not only known for discovering Greenland, but also for giving the island its name.

- For centuries, humans have moved boundaries and explored some of the most spectacular areas and waters of our planet. As the world’s largest expedition cruise company, we are closely connected to the great explorers and polar heroes. With names inspired by their incredible achievements, we honor their legacy, Skjeldam says.

BACKGROUND: The people and expeditions behind Hurtigruten's new names

Being the world leader in exploration travel comes with a great responsibility. Hurtigruten is enhancing destinations and runs an responsible, sustainable global operation.

Hurtigruten is introducing the world’s first hybrid battery powered cruise ships, the MS Roald Amundsen and the MS Fridtjof Nansen. A third hybrid powered expedition vessel will be added to the fleet in 2021.

Press contact Head of Press and Communications, the Americas The Americas anders.lindstrom@hurtigruten.com +1 646 944 9029