Finnish dairy producer Andreas Johansson and his wife Sonja are doubling cow numbers on their unit on the island Heisala, a 45-minute drive south from Turku (Åbo in Finnish), in western Finland.

They will increase herd size by breeding replacements and using sexed semen on heifers and buying in extra heifers. The focus will be mainly on Ayrshire genetics and some Norwegian Red sires, especially polled sires and those with SpermVital semen available to promote fertility in the herd.

Andreas’s parents Magdalena and Åke help him and Sonja on the farm. He admits that the family genetics have been passed down and Andreas admits that he has inherited his mother’s passion for cattle breeding. This has resulted in him breeding 10 elite bulls from the farm.

Andreas sits on the Board of the Finnish cattle breeding organisation Faba coop, and Viking Genetics, the international breeding organisation partly owned by Faba. He remains a firm supporter of red dairy genetics, despite the increasingly high profile of Holsteins in Finland; a trend he puts down to producers who are extending their dairy business and taking ideas from units in Denmark and the Netherlands.

“The Holstein dominates in these countries,” says Andreas. “Producers come back convinced they must have Holsteins to succeed in a modern robotic-milking system.”

But he says that many don’t understand that it’s more than milk yield that matters. “Claws and health are important and for me, the size of the Ayrshire is also better as feed efficiency is important too. The red breeds have good feed efficiency, and this means that their financial results are good too.”

Andreas is increasing cow numbers from 60 to 120. To accommodate the bigger herd he’s planned a new 1,500 square metre building and two robot milking machines at an estimated cost of 1.4million Euros. He’s already built a new calf barn costing 100,000 Euros. Subsidies - amounting to 40% of the cost - and subsides on interest payments have been used for this project.

As for the breeds; he will continue to have a core of Ayrshire cows; currently three quarters of the herd is Ayrshire. He has some Jersey cows but these will be phased out.

Norwegian Red sires will also be used; he’s already used 11819 Onstad and 10795 Hoøen. “I look for the same traits in all the sires that I use,” he says. “Production index, that includes milk and the fat and protein content, udder health and milking speed are important to me. I also want a cow with good functional traits, that looks good but not a show type cow.

“And I prefer bulls that produce polled offspring. This reduces the costs of dehorning; a practice that is debated, so it’s better if we don’t have to do it.”

Norwegian Red sires Onstad and Hoøen satisfy these requirements and he have used SpermVital semin from thes two bulls in his herd. This technology, developed by Geno, prolongs the lifespan of semen and improves fertility.

“Many producers in Finland use SpermVital sperm on cows with difficult heat periods.I do, and it works very well. I’d use more, if there were a wider selection of Norwegian bulls with SpermVital sperm.”

Andreas harvests between 1,000 and 1,200 round bales of silage from Heisala and four other islands. All grass harvesting equipment is jointly-owned with a cousin of Andreas, and they work as a team to harvest the grass.

He now has access to nearly 500 hectares of extra grassland to provide the additional forage needed for his increased herd size. The current subsidy system means he doesn’t have to pay rent for this.

This is just one agricultural incentive that Andreas says has been good for keeping smaller farms in production. “But the disadvantage is that high support keeps prices down on Finnish agricultural products," says Andreas, “Dairies know what producers receive in subsidies and take advantage of this to keep prices down.”

Cows are feed with milled grains sourced directly from cereal producers and milled on the farm, and minerals. Cows are fed concentrates in the milking robot.

With more space in the new accommodation that will offer better cow comfort and the drive of improved genetics, Andreas is hoping to realise the potential of his herd. He is targeting yields of 11,000 kg. Today the yield is 9 850 kg EKM. “This should be possible; I already have cows producing between 14,000kg and 15,000kg in a lactation,” he says.

Norwegian Red’s breeding organisation Geno has close collaboration with Viking Genetics on the sale of semen in the Nordic markets. “The most popular bulls in Finland are 11819 Onstad, 11039 Skjelvan and 11690 Roen,” says Lars Skramstad, CFO at Geno. Around 10,000 doses of SpermVital semen from these sires have been used between 2016 and 2018, and demand is increasing.

Norwegian Red genetics is available through FABA in Finland. FABA is co-owner of Viking Genetics.

Land: 220 hectares owned and rented (80 ha rented across five islands; approximately 50 hectares of this is used for forage production

The idea behind the SpermVital technology is to extend the life of spermatozoa after insemination. To achieve this, sperm cells are immobilized in a natural substance before cryopreservation. This immobilization preserves energy and enables a controlled release of sperm cells in the uterus after insemination over an extended period of time. This makes timing of insemination less critical with regards to ovulation in the female and increases the odds of fertilization success.

The advantages of the technology are:

SpermVital reduces insemination costs and improves herd fertility. These are both factors that lead to increased profitability.

SpermVital semen is available on a selection of Norwegian Red sires and other additional breeds.

Norwegian Red is the main dairy cattle breed in Norway, developed by Geno SA. Geno SA is a farmer-owned cooperative that has been breeding Norwegian Red dairy cattle since 1935. Geno sells over 1 million doses of semen from elite Norwegian Red bulls each year and distributes genetic material to more than 30 countries worldwide. Geno's vision: Breeding for better lives. Geno's head office is in Hamar, Norway.

Prior to publication, it must be approved by Norwegian Red. 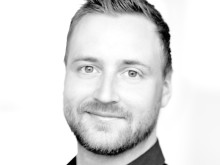 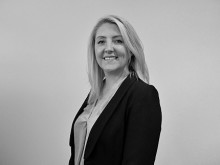 Kate is fluent in English and is Geno's international contact for all activity outside of Norway. 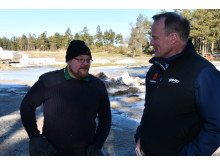 Andreas Johansson and Geno’s Lars Skramstad, who is responsible for the Finnish market, discuss the advantages of the red breeds and the ... 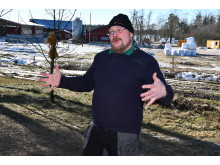 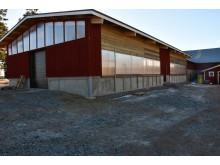 The new calf barn that wa... 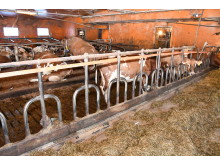 The original barn is old ... 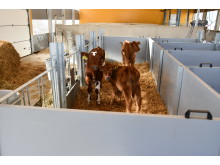 Calf bins for they come f... 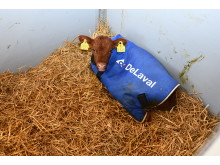 Jackets are used on all c...