A new partnership between Kristofferscenen and CirkusPerspektiv opens up for a new circus space in the western Stockholm area.

“We are very pleased and proud to announce that Ivar Heckscher and Marie-Andrée Robitaille have been appointed program managers for the Kristofferscenen. Together, they are a driving force! They combine a large circus network, excellent management, and leadership skills with broad experiences in the production of artistic projects and long-lasting devotion and passion for the development of contemporary circus arts in Sweden. I believe they are the right people to make Kristofferscenen an exciting and important arena for the development of contemporary circus in Sweden » says Andil Dahl, Kristofferscenen's Chairman.

Ivar Heckscher: « There is an imminent need for more spaces dedicated to circus artists and the art form in Stockholm. We hope that through a dedicated circus program and a commitment to put the circus artists at the center, we will in the years to come organically grow and establish Kristofferscenen as a circus attraction when it comes to meet the circus talents, ingeniosity and world-class circus performances that are created here in Stockholm and widerly in Sweden. » Ivar Heckscher has been the educational leader of the Cirkuspiloterna at Cirkus Cirkör and the first head of circus education at the school of Dance and Circus (now SKH-Stockholm University of the Arts). He is also one of the initiator of Manegen, the National organization for circus, variety, and street arts.

Marie-Andrée Robitaille has led the bachelor program in circus at SKH-Stockholm University of the arts from 2009 to 2018. She is educated in human Sciences at CEGEP Ste-Foy, in modern dance at Ecole de Danse de Québec and Circus at National Circus School in Montreal, Canada. Robitaille has previously worked as a circus performer and head of circus gymnasiet at Cirkus Cirkör, and she has been employed as a talent scout for the casting team of Cirque du Soleil. At SKH she has conducted several research projects with a strong focus on the integration of interactive technologies and the agency of women in Circus and she is currently a doctoral candidate in mediated and performative practices with specialization in choreography. She is the founder of CirkusPerspektiv a production company based in Stockholm.

« We want to highlight, increase access, and give more opportunities to more circus artists/companies emerging from Sweden to be presented in Stockholm. Of course under prevailing conditions, we had to postoponed the launch of the program, but to this day, the line-up of excellent new and established circus initiatives waiting to be presented in Stockholm is impressive. Many local circus artists have already expressed their interest to part in the development and to benefit from a residency and co-production supports from CirkusPerspektiv at Kristofferscenen. This is testifying of the great needs and potential for increased opportunities and more space and stage for circus in Stockholm » says Marie-Andrée Robitaille about the new collaboration.

« In this day and age, expecially now in corona crisis, we need to seek new ways of development for the arts in society," says Marie-Andrée Robitaille. “It is then becoming especially important to have a place where artists can be, feel at home and develop different forms of contacts with the local area. For us, both the local aspect and new methods of community-relevant circus with different forms of public enagagement are important, not to say necessary. » says Ivar Heckscher.

« This new partnership is a good news in a difficult situation. It will soon bring increased meetings and development possibilities for the contemporary Circus! » Says Andil Dahl chairman of Kristofferscenen.

Kristofferscenen is the stage for music, dance, theatre, and circus in Stockholm West. Situated in unique premisses in the main building of Kristofferskolan at Markvardsbacken close to Brommaplan. With audience seats for 600 persons and a stage measuring 12 x 14 meters and with a possible height of 12 meters it is one of the largest stages in Stockholm. The building is designed by the Caspar Sahlin-awarded architect Abbi Asmussen and was erected in 1966. The activities are managed by Kristofferscenen together with CirkusPerspektiv in an understanding with Kristofferskolan and Kristofferskolans Building foundation. We have a mutual longtime perspective on the initiative and want to offer a wide scope of music, dance, theatre, and circus with high artistic quality to all and everyone in Stockholm with extra opportunities for Bromma and surrounding areas. 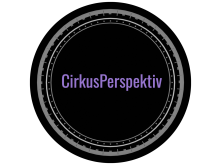 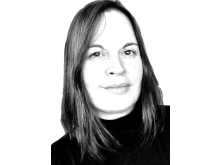 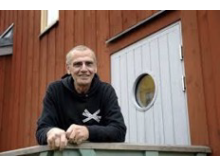 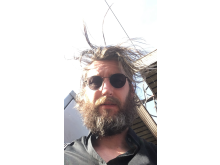 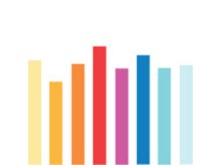