How dangerous is Afghanistan?

Within EU, the recognition rate for asylum applications from Afghan citizens varies from 1,5 % to 100 %. Some courts consider Kabul is too dangerous for deportation.

The outcome from the conference How safe is Afghanistan? on Oct 4, 2018, was that the European migration authorities underestimate the dangerous situation in Afghanistan, for inhabitants as well as for returnees. The violence is today unpredictable. No place in Kabul is protected from suicide bombers, and no place in Afghanistan is safe from Taliban or ISIS attacks. Civilians are hit hardest. Schools are bombed, and parents don't dare to send their children to school or let them play outside the home. Returnees without social networks face very difficult lives.

This verifies what has already been published in different reports. It was also verified by Irene Horejs, DG ECHO, at the round table discussion in EU parliament, Oct 10, at EU. Afghanistan 2018 is expected to be the most dangerous country of the world.

The Unama report of Oct 10, 2018, sais: "In the first nine months of 2018, the UN Assistance Mission in Afghanistan (UNAMA) continued to document extreme levels of harm to civilians from the armed conflict, including recording the most civilian deaths during the same nine-month period since 2014. From 1 January to 30 September 2018, UNAMA documented 8,050 civilian casualties (2,798 deaths and 5,252 injured), reflecting the same extreme levels of harm to civilians as during the same period in 2017. Civilian deaths increased by five per cent while the number of civilians injured decreased by three per cent. "

Six governments have ranked travelling warnings to 5 of a scale 1-5: "You should avoid any trips. A high warning index is a sound indicator of potential harm to your health and well-being."

Here are some extracts from governmental websites, aimed at potential travelers to Afghanistan:

Sweden: Risk för att drabbas av terrorhandlingar föreligger i hela Afghanistan och för samtliga personer som vistas i landet. Risk to be affected by terror acts exist in all Afghanistan and for all persons residing in the country.

UK: Staff from the British Embassy may be unable to travel to certain parts of the country due to the security situation; this may severely limit the consular assistance that can be offered. Travel by road throughout the country, but particularly outside the capital Kabul, is extremely dangerous. Seek professional security advice for all travel and consider using armoured vehicles.

US: Travel to all areas of Afghanistan is unsafe because of high levels of kidnappings, hostage taking, suicide bombings, widespread military combat operations, landmines, and terrorist and insurgent attacks, including attacks using vehicle-borne or other improvised explosive devices (IEDs), suicide vests, and grenades.

Australia: Serious large-scale terrorist incidents, including suicide bombings and attacks using vehicle-borne improvised explosive devices, occur regularly throughout Afghanistan. Terrorist attacks can occur anywhere, anytime and are particularly common in Kabul, and the southern and eastern provinces. No region is immune from violence. Opportunistic and targeted hostile acts can occur throughout the country.

Canada: Avoid all travel to Afghanistan due to the unstable security situation, ongoing insurgency, terrorist attacks, the risk of kidnapping and a high crime rate.

Media are welcome to publish this text, with naming the source.

How safe is Afghanistan? Stockholm 4 oktober 2018

A conference on the security situation in Afghanistan. 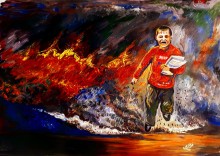 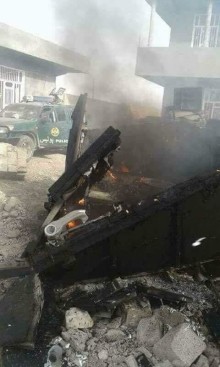 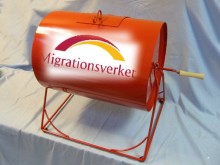 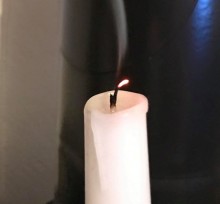