Strawbees, a Swedish Edtech company, was launched by an incredibly successful Kickstarter campaign back in 2014 - the people have spoken and the educator community was waiting for a product like this to come along.

Since then Strawbees transformed into a fast pace company delivering inspiring educational tools called the 21st Century Classroom Experiences. Their mission is simple: 'We want to inspire children to think creatively and out-of-the-box when it comes to visualizing and realizing ideas - think the next generation of creative problem solvers. We want a classroom of 30 pupils to come up with their very own unique solutions. Not to memorize things, but to actually understand and draw conclusions on their own actions, especially in a world of 'fake news' it is a key skill to be critical, question and go back to the source. Read something, test something, make something', says Erik Thorstensson, the inventor behind Strawbees.

The initial idea started when Erik Thorstensson bought a lampshade from IKEA, the Swedish flat-pack furniture company. At that time he studied mechanical engineering and environmental sciences. He realized the production tools used for this lampshade generated a big amount of waste not utilized. Erik T. got to work and started to build different prototypes with this plastic waste and commissioned the very same factory to run a production utilizing IKEA's waste material. The result was Strawbees’ very first upcycled product!

Strawbees appeared on the market at a time when schools were in a strong need for a big change, think about it. In a world where our cars have changed, our phones have changed and our payment systems have changed - why would our schools not change too? 'I like to think of our Strawbees’ education system like a 'Trojan Mouse' getting the foot in the door, our product is easy enough for pupils to build their confidence and not get frustrated but the possibilities are infinite and exactly that is the beauty of it!’ says Erik T. Any teacher anywhere in the world can use it as a base for student-driven learning. So much so that Strawbees has linked up with the UNIS (United Nations International School) having designed prototype kits and since then have run successful workshops in Ghana and Colombia years later.

Strawbees education system consists of affordable school kits, which cater to 30 pupils. This contains materials for construction, open-ended challenges in lesson plans, video tutorials, tools for programming (to build robots!) and most of all encourage experimentation - making by hand, learning by doing, trial and error on and offline. “The role of the teacher is to create the conditions for invention rather than provide ready-made knowledge." Seymour Papert. The ultimate goal is to help foster students of all ages develop problem-solving skills for the demands and rise of technology of the 21st century. “In a society characterized by uncertainty and rapid change, the ability to think creatively is becoming the key to success and satisfaction, both professionally and personally. For today’s children, nothing is more important than learning to think creatively – learning to come up with innovative solutions to unexpected situations that will continually arise in their lives.” - Mitch Resnick, MIT Media Lab.

Strawbees won't stop there. They work with a growing number of educators around the world, putting new lesson plans together, creating video tutorials and running workshops worldwide to expand their offer to create fun, creative and out-of-the-box learning tools for teachers, parents, and makers.

“The Strawbees solution empowers students to unleash creativity and an intuitive and fun approach to programming that works for all ages.”- Paola Mattioli, STEM educator, Rome, Italy

Over the years Strawbees has collaborated and run workshops with the top in the industry including Spotify, Universeum in Sweden, Exploratorium in San Francisco, MIT Media Lab in Boston and Sweden’s National Museum of Science and Technology and many more exciting projects in the pipeline. Strawbees is stocked in over 50 countries and collaborates with over 40,000 schools globally. Erik Bergelin, co-founder, CEO and the driving force behind several successful fundraising rounds says: ‘Strawbees is a growth company, the demand is there, now we just need to deliver. With a newly elected top advisory board, exciting products in the pipeline and a clear focus on the education sector, Strawbees has huge potential to be a globally respected education product.’

Strawbees has won many awards, including the Year of the Maker 2014, Nordic EdTech Awards 2018 and just been nominated for the Norrsken Impact Award 2019.

Inspiring the next generation of inventors - join Strawbees' classroom! 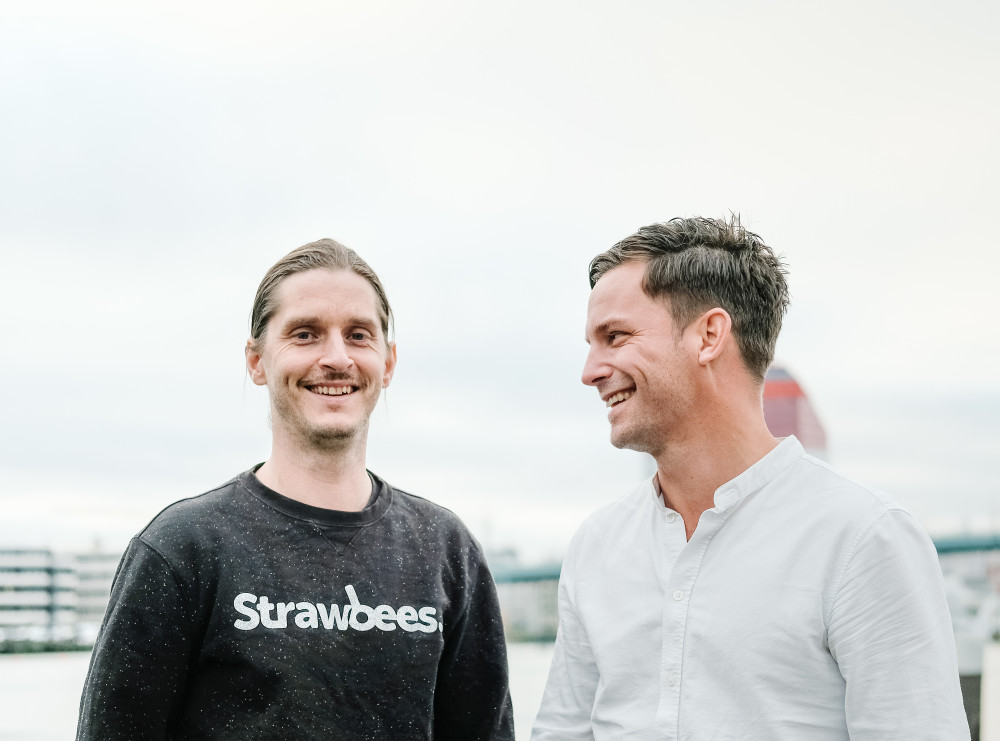