Hedin Group, one of the largest privately-owned automotive retailers in Europe, recently acquired two BMW dealerships in the Zürich area. The company now continues to expand its presence in Switzerland as it closes the deal to acquire the BMW-owned branch Zürich-Dielsdorf (Niederlassung).

The acquisition signifies yet another milestone in the strategic vision to strengthen the Hedin´s position in Europe, leveraging on the existing, strong alliance with BMW. Upon closing, the Dielsdorf dealership will become part of the newly established Swiss subsidiary of Hedin Automotive Norway.

Hedin began operating in Switzerland under the new name of Hedin Automotive AG this week. The rebranding strategy reflects the Swedish ownership, corporate culture, values and vision for the future.

- This acquisition expands our BMW presence in Europe and brings scale to our dealership network in the greater Zürich-region. Under the name Hedin Automotive, we come together and look to the future as one united group. The new name signifies a connection across our companies. It enables us to build a strong presence and to deliver more value to our customers. I firmly believe that “we are stronger together”, says Anders Hedin, Owner & CEO of Hedin Group.

Marcus Larsson has assumed the position as Country Manager for Hedin Automotive in Switzerland. Larsson brings a variety of automotive industry experiences in large as he focuses on integrating the dealerships and setting up the organization.

- We will continue to put customers first and provide unique experiences for new and existing BMW and MINI owners in the greater Zürich-area. Behind the new Hedin Automotive name is the same dedicated, professional team standing together as one united group, says Larsson.

From an operational perspective, the Swiss dealerships form part of Hedin’s Scandinavian BMW division, Hedin Automotive headquartered in Norway. Through its daughter company, Bavaria, Hedin Automotive is the largest dealer group of BMW and MINI in Scandinavia. The Bavaria brand stands for quality and lives up to its vision of being surprisingly different and noticeably better.

- We are delighted to expand our BMW footprint even further and are excited to welcome the Dielsdorf-team to Hedin Automotive. We position ourselves for future growth and success in Switzerland, says Stig Saeveland, chief executive officer of Hedin Automotive Norway. 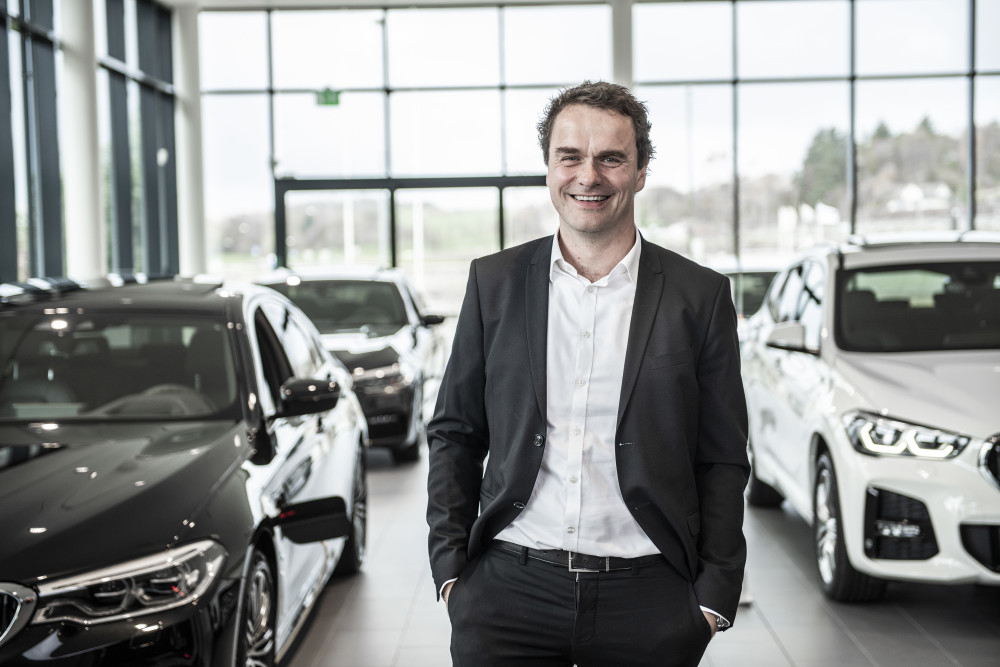 -we position ourselves for future growth and success in Switzerland, says Stig Saeveland, chief executive officer of Hedin Automotive Norway.

- As a significant partner for BMW Europe, Hedin, with its strong customer centric culture, has a proven ability and desire to take BMW in Switzerland to the next level, says Paul de Courtois, President & CEO BMW Group Switzerland.

The Hedin Group completed the purchase of the Seeblick Garage and Allmend Garage in May 2020, and has been operating under the new name Hedin Automotive AG in Switzerland since September 1st. Founded in 1970 (Seeblick Garage) and 1978 (Allmend Garage), both dealerships not only share a passion for the BMW and MINI brands, but also a long tradition and loyal customers. With annual sales of CHF 100 million, 122 employees and around 1200 new vehicles sold per year, Hedin Automotive AG is one of the larger dealership operations in Switzerland.

Hedin Automotive Norway, a wholly owned subsidiary of Swedish I.A. Hedin Bil AB, owns and operates Bavaria, one of the largest dealers of BMW and MINI in the Nordics. With dealerships in Switzerland, Norway and Sweden, the company os one of the largest partners for BMW in Europe. Hedin Automotive turns over more than CHF 750 million in a year, and employs more than 800 people.

I.A. Hedin Bil is one of the largest privately-owned automotive retailers in Europe, with 33 brands in the portfolio, offering full service for private and corporate customers. Financing, service and insurance are some of the components of the total offer. Hedin Bil is represented in 117 locations in Sweden, Norway, Belgium, Germany and Switzerland. The total turnover is expected to reach CHF 3.2 billion in 2020.

Hedin Automotive has entered into an agreement to acquire 60 percent of the shares in the Danish BMW and MINI specialist KOED. since their beginning, the fast-growing company has focused on BMW spare parts. Today KOED has one of the largest catalogues of new and used BMW spare parts in the Nordics.

Jens Sickendieck has been appointed General Manager of Hedin Automotive´s the two sites in Samstagern and Wohlen. Sickendieck joined the company on May 15, 2021, succeeding Ruedi Wöll who is retiring as after 15 years as General Manager.

Hedin Automotive AG in Switzerland has entered into an agreement to acquire the bodyshop and paint supplier CaroLack Galliker. The strategically important business will operate as a department of the Hedin Automotive Dielsdorf dealership.

​Hedin Automotive, part of the Hedin Group, has taken over the operation of the BMW-owned dealer Zurich-Dielsdorf

In September, Hedin Automotive AS signed an agreement with BMW Group Switzerland to purchase BMW Niederlassung Zürich-Dielsdorf. The company is now taking over the business and at the same time changing the company's name to Hedin Automotive Dielsdorf.

Hedin Group is one of the largest privately-owned automotive retailers in Europe, representing 32 brands from more than 125 dealerships in Sweden, Norway, Belgium, Germany and Switzerland

Hedin Automotive is a wholly owned subsidiary of Swedish I.A. Hedin Bil AB. The Company owns and operates Bavaria, one of the largest dealers of BMW and MINI in the Nordics, Hedin Automotive AG (BMW and MINI in Switzerland), Hedin Performance Cars (Porsche in Norway) and GS Car Parts - Norway's largest independent supplier of spare parts and accessories for BMW.