An owner of two Chinese restaurants, who stole more than £1 million in tax by claiming his business made pottery and had a tiny turnover, has been jailed for three years.

Both businesses used a similar scam when they opened. In North Greenwich, the Water Margin restaurant registered for VAT in April 2013 and was described as ‘manufacturing pottery with an estimated yearly turnover of £10,000’. The actual annual turnover was £5.1 million.

In Portsmouth, the Water Margin registered as an Art Illustration Company with a turnover each year of £10,000. The reality was between February 2013 and March 2016 the figure was £5.3 million. The restaurant went into liquidation in September 2016.

Lam declared just £2,100 in Self Assessment income between December 2014 and November 2016 despite being a director of both restaurants.

HMRC officers swooped on the North Greenwich eaterie a month after a new company took it over in February 2017, and the owners had mirrored the behaviour of the other companies – being listed at Companies House as being an “artistic creation” company. Lam was pulling the strings of the new company from the sidelines, but it never traded.

He was arrested on 10 March 2017 and the North Greenwich outlet and his home were both searched that day.

“Lam made millions and paid very little tax, rubbing law-abiding taxpayers’ noses in it. The cash he pocketed was the equivalent to the starting salary of 130 new nurses in London for an entire year.

“We will continue to pursue criminals who think it is acceptable to charge their customers VAT and pocket the money for their own benefit. Anyone with information about tax fraud should report it to HMRC online or contact our Fraud Hotline on 0800 788 887.”

On 23 November 2018 at Harrow Crown Court, Lam admitted VAT fraud and money laundering and, on 20 December 2018, was sentenced to three years in jail.

Information about any type of tax fraud can be reported to HMRC online at https://www.gov.uk/report-an-unregistered-trader-or-business.

2.The starting salary for a new nurse in London on Band 5 of the NHS Agenda for Change Pay Rates is £27,627.60. http://www.nhsemployers.org/your-workforce/pay-and-reward/agenda-for-change/pay-scales/including-hcas 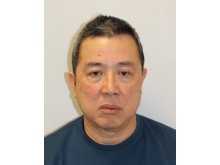 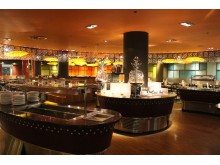 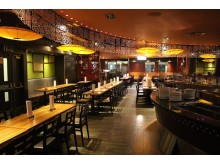