A pensioner, who is the final member of a seven-strong gang that tried to steal more than £1 million in tax, has been jailed for three years and four months.

John Faraday, 71, from Buckinghamshire, was part of a nationwide gang who were investigated by HM Revenue and Customs (HMRC) after they attempted to submit fraudulent VAT repayment claims.

The gang hijacked the identities of five individuals and set up eight fake companies. They also produced bogus invoices and contracts between each of the companies, some of which claimed to be buying and selling television broadcast rights for martial arts events, in order to generate fraudulent VAT repayments.

Between October 2010 and September 2012 the seven men, including Faraday, piggy-backed genuine cage fighting events, produced phoney promotional material and used the names of well-known fighters to enhance the authenticity of their companies.

“This was a fraud driven purely by greed with the single aim of extorting money which should have been spent on vital public services. This whole set up was a ruse with the sole purpose of stealing from the taxpayer.

“Now all seven members of this gang are paying the price for their fraud. We will look to strip them of their criminal gains, and the message is clear - tax fraud doesn’t pay.”

Confiscation proceedings will follow to recoup the proceeds of their criminal activity.

1. John Faraday, DOB 15/08/1944, Stoke Court Drive, Stoke Poges, Buckinghamshire, pleaded guilty to cheating the public revenue on 2 September 2015 at Blackfriars Crown Court. He was sentenced to three years and four months in prison at the same court on 18 December 2015.

2. Five of the gang were jailed for almost 19 years in November 2015. Full story: http://www.mynewsdesk.com/uk/hm-revenue-customs-hmrc/pressreleases/martial-arts-tax-fraudsters-caged-1249876

4. The gang attempted to fraudulently reclaim more than £1 million in VAT repayments, with £353,361.51 received when the scam was uncovered. 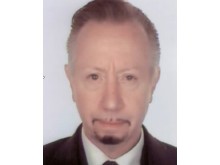