Five people, including the former owners of a Sussex petrol station have been sentenced for distributing and selling an estimated 4.8 million litresof illicit fuel to unsuspecting motorists including haulage companies across the south east.

Three were given jail sentences totalling more than 16 years.

Brothers Dean Chapman, 43, from Romford, Essex, and Darren Chapman, 50, from Rochester, Kent, illegally mixed kerosene with diesel and sold it as legitimate road fuel to motorists at their petrol station in 2012 and 2013.

HM Revenue and Customs (HMRC) officers found quantities of kerosene, which is not approved for road use, at a Pulborough petrol station in 2013. It was discovered during routine checks of the petrol station’s underground diesel tank as well as the fuel tanks of two vehicles, which were both seized.

HMRC investigators found that Christopher Reardon, 56, from Hastings, supplied kerosene to the Chapmans and falsified 679 sales invoices to hide the true identity of his customers in an attempt to disguise their fraudulent scheme.

As a registered dealer in controlled oils (RDCO), Reardon had a responsibility to check the fuel sold was being used for a legitimate purpose, his failure to do so resulted in this fraud being able to be committed.

“The gang knew what they were doing was wrong, but even after being challenged by HMRC officers and investigated by Trading Standards officers, they continued to flout the law and sell illegal fuel, which damaged vehicles engines and resulted in a tax loss of nearly£3.5m – money needed to fund our public services.

“HMRC continues to target fuel fraud which creates an uneven playing field for honest businesses.We urge anybody who knows of people committing tax fraud to report them to HMRC online, or call our Fraud Hotline on 0800 788 887.”

“While it cannot take away from the frustration suffered by customers, I hope the outcome of this case will act as a deterrent to anyone else considering illegally mixing fuel.”

They used biodiesel supplied by Carole O’Hara, 68, and Peter O’Hara, 72, both from Hastings, who falsified invoices and HMRC returns to show lower rates of Excise Duty and VAT, which reduced their tax liability.

The illicit mix was never properly labelled so that customers did not realise they were buying fuel with high percentages of bio-diesel. As a result, customers began experiencing problems with their cars which they reported to West Sussex Trading Standards.

As well as the multi million pound fuel fraud, the Chapmans also failed to pay any VAT.

For their part in the fraud, Carole O’Hara and Peter O’Hara were sentenced to two years in prison, suspended for two years, and ordered to pay £40,000 of costs each.

On sentencing, His Honour Judge Lucas said: “It was a deliberate, gross and continued trick on the general public.”

Darren Chapman was described by the judge as ‘dishonest and prepared to break the law when it suits you,’ while brother Dean ‘took to dishonesty with enthusiasm.’

Reardon worked ‘hand in glove with Chapman and others to perpetrate the fraud.’

The O’Haras were described as ‘deliberate and calculating.’

1.Kerosene is a rebated fuel and not approved for road use. It is not usually liable for fuel duty, however, when sold for use in road vehicles fuel duty must be paid. The total duty and VAT evaded on the sale of the kerosene in the illicit fuel was £1.6M.

2.While biodiesel can be used as a road fuel, when used in this way it attracts a higher rate of VAT and becomes liable for fuel duty. By misleading HMRC about the intended use of the fuel, £1.8M of duty and VAT was evaded.

3.Darren Chapman (DOB 02/05/1969) formerly of Rochester, Kent and now of no fixed abode, was found guilty of the fraudulent evasion of Excise duty and VAT and sentenced to eight years and two months at Wood Green Crown Court on 26 September 2019.

4.Dean Chapman (DOB 22/04/1976) of Crown Lane, Romford, Essex was found guilty of the fraudulent evasion of VAT and sentenced to four years and six months at Wood Green Crown Court on 26 September 2019.

5.Christopher Reardon (DOB 14/03/1963) of Plynlimmon Road, Hastings, was found guilty of the fraudulent evasion of Excise duty and VAT and sentenced to four years at Wood Green Crown Court on 26 September 2019.

6.Carole O’Hara (DOB 17/01/1951) of Moor Lane, Westfield, Hastings pleaded guilty to the fraudulent evasion of excise duty and VAT during the third week of trial and at Wood Green Crown Court on 26 September 2019 was sentenced to two years of prison, suspended for two years. She was also ordered to pay £40,000 costs.

7.Peter O’ Hara (DOB 15/11/1946) of Moor Lane, Westfield, Hastings, was found guilty of the fraudulent evasion of excise duty and VAT and sentenced to on 26 September 2019 at Wood Green Crown Court to two years of prison, suspended for two years. He was also ordered to pay £40,000 costs and given a curfew of 5pm to 8am for 12 months.

8.HMRC targets fuel laundering as part of its comprehensive and dynamic anti-fraud oils strategy. The reduction in the illicit market share of GB diesel continues a long-term trend from 5% in 2005-06 to about 1% in 2017-18.

10.Mixing: using fuels such as kerosene, or industrial oils to ‘extend’ fuel; methanol may be added to petrol to achieve the same effect. As well as being illegal, this can have adverse effects on vehicle engines. 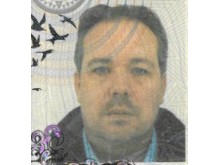 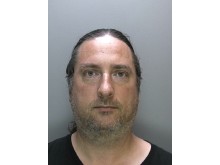 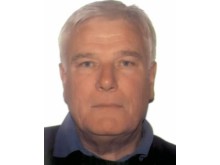 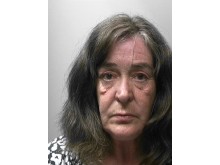