London, UK Thursday 7 November 2019: NOVA Medical Solutions Ltd announces the launch of its non-invasive disruptive technology pain relief device - QTECH®. With no known side-effects, QTECH® is worn against the skin ‘between the site of the pain and the brain’ with current tests suggesting that it can be very effective in helping to combat chronic and persistent musculoskeletal pain caused by repetitive movement, injury and conditions such as arthritis. QTECH® is manufactured in the UK by CMS Medical Ltd under license from NOVA Medical Solutions Ltd.

QTECH® incorporates Super-Quartz into a flexible, silicone material and is currently available as a bracelet for wrist and hand pain, and a limb band for elbow. Within the next six months, NOVA intends to extend the range to include a necklace for neck pain, limb bands for knee & ankle and body bands for back pain. Light & easy to wear, QTECH® bracelets & bands allow users to continue doing the things they need to do at work, home & at play.

“We do believe this to be a disruptive technology which has the potential to enhance the well-being of some sufferers of persistent pain in a non-invasive way, free from known side effects,” says Dr Michael Flynn, Chairman of NOVA Medical Solutions Ltd.

How does QTECH® work to relieve persistent pain? The brain is an electro-chemical organ that employs electrical signals to communicate with certain areas of the body. The sensation of pain is transmitted through affected nerves to the brain via electrical pulses. What if those ‘pain waves’ could be intercepted in some way? This is where quartz & its piezoelectric properties come into play.

The piezoelectric properties of quartz materials are well-known and utilised for their ability to release energy but are less well known for their ability to absorb energy. It is this critical absorption property that is employed by QTECH® utilising a special, rare type of ‘shocked’ quartz crystal - Super-Quartz. Shocked quartz contains millions of holes and traps in its lattice structure resulting in ‘missing’ electrons, explaining why it has the enhanced ability to absorb energy and therefore disrupt the transmission of pain waves.

What is Super-Quartz and what are its special qualities?The physicist Dr John William Manconi, inventor of QTECH®, was involved in his earlier career in NASA investigations into quartz that had been subjected to major shock, for instance, from earthquakes, atomic explosions, or geological strain. The greater the stress the quartz had been subjected to, the more pronounced the changes to its basic structure leading to its enhanced properties to release and absorb energy. One sample Manconi investigated, obtained from a site close to a meteoritic crater in Quebec where, more than 100 million years ago, the Earth was struck by a massive one billion plus tonne meteorite, proved to house stored energies 100 times greater than other non-deformed samples.

Manconi, fascinated by the properties of this shocked quartz, obtained the exclusive rights to extract this ‘super-quartz’ from the site and set about applying his passion for subatomic physics to develop the QTECH® pain relief device through his company Ener-Gee Ag, based in Zurich, Switzerland.

NOVA brings QTECH® to the healthcare market.
During this developmental period, Manconi met Dr Michael Flynn - Chairman of NOVA Medical Solutions Limited. A medical doctor with a long career in evaluating new technologies, Flynn was initially very sceptical about Manconi’s claims for Super-Quartz, and its potential for use in pain relief. However, after personal investigations managing his own persistent pain using the device and allowing others to test the product, he became convinced and in 2018, NOVA signed an agreement for exclusive worldwide commercial rights over QTECH® and related products.

“Dr Manconi’s concept is so far away from the pharmacological approaches which have dominated medicine for the last 70 years,” explains Dr Flynn, “that it was only after personal experience and feedback from other users that I realised that this kind of quantum technology could perhaps herald in a new era for the management of persistent pain.”

Dr Flynn continues: “We do believe this to be a disruptive technology which has the potential to enhance the well-being of some sufferers in a non-invasive way, free from the side effects associated with long-term use of pain relief tablets.”

9 out of 10 people in the UK who have tried QTECH® for their persistent pain have reported rapid reduction or disappearance of pain within 20 minutes to seven days, with the onset of relief sometimes being within a few minutes. Many users report a lasting effect from QTECH® after they have stopped wearing it.

NOVA and Ener-Gee have further pain relief products on the drawing board, and, with utilisation of the technology in a totally different way, they are exploring applications for the management of a range of serious chronic diseases.

Media enquiries to Minerva Communications - qtech@minervacomms.net – 01264 326427 - 07921 804 641 Interviews are available with Dr Michael Flynn by arrangement. Bids for interviews via the contacts provided above. Photos, videos, further press releases and materials, including case studies who have tested the product, are available as well as further company, technology and product information. Photos on request. Notes 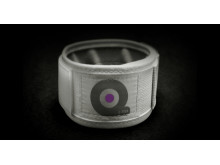 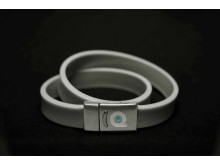 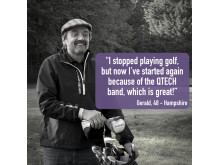 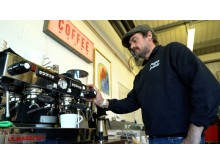 Gerald has had an amazing experience with the QTECH bracelet.