Neuman & Esser issued a statement last week reiterating the accusations of Emad Tabaza against Jamie, even embellishing them and adding verifiably inaccurate information. Now the company is suffering the wrath of social media.

According to NEA Group,Tabaza has even received death threats from anonymous members of the public over what are almost unanimously regarded as false or highly exaggerated allegations which have cost Jamie his freedom, his job and significant financial loss.  The allegations could potentially see Jamie jailed for up to three years in a UAE desert jail, where human rights abuses and torture have been thoroughly documented.

“It was a strange statement by Neuman & Esser, considering the fact that they claim Mr Tabaza himself sought to have the case dismissed,” said Radha Stirling, CEO of Detained in Dubai, the British based NGO representing Mr Harron. “If NEA Group's intention was to stand by their employee, one would think they would have stood by his desire to drop the charges, rather than issuing an aggressive statement that escalated the matter.”

Trending hashtags on social media emerged following the company’s statement calling for Mr Tabaza’s firing, with many people blaming Neuman & Esser for supporting the wrongful prosecution of Jamie Harron by a legal system widely regarded as corrupt and Draconian. “Shame on you Neuman & Esser," one user exclaimed, while others have been sharing the contact information for the company’s executives so that the public can express their disapproval directly. The case has even led to calls for a boycott of the UAE for visitors and tourists.

Stirling said, “We have seen people cancelling flights to Dubai, even at the cost of financial penalties, just to avoid traveling to what is increasingly being seen as a risky destination.“

"Neuman & Esser is a multi-million dollar company with considerable influence in the UAE, their statement aligning themselves with the Public Prosecutor’s Office may well impact the outcome of Jamie’s case. Again, it is curious that Neuman & Esser would choose to take the side of the prosecution in this matter rather than calling for the case to be dismissed as their own Managing Director supposedly wanted,” Stirling continued. “They have positioned themselves on the opposite side of overwhelming public opinion, not only about Jamie’s case, but about the inherent justice of the UAE legal system. We fail to see how this is in Mr Tabaza’s or Neuman & Esser’s best interests, and it may well lead to the irreparable ruin of an innocent young man’s life." 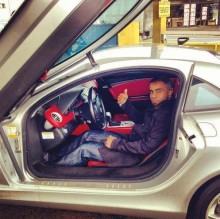 Jamil Ahmed Mukadam, 23 who was arrested allegedly making a rude gesture in traffic, has received his passport today and will fly home to England tonight.

Jamil Mukadam, 23, was held in Dubai for five weeks after a complaint was filed with Dubai police that he made a rude signal in traffic during a previous visit to the gulf state. Originally Jamil was facing 3 years in prison, but in a dramatic turn of events Dubai authorities have freed him, following worldwide media coverage of the story, in a campaign led by British NGO Detained In Dubai.

The German company of which the Managing Director is Emad Tabaza, the accuser in the Dubai “public indecency” case against Jamie Harron has issued its first statement on the controversy. It includes a number of erroneous claims which contradict the established facts.

The parents of Jamie Harron, the Scotsman arrested in Dubai for accidentally touching another man’s hip while trying to avoid bumping into him in a crowded bar, have spoken out. They tell of their fears for Jamie, and how the pressure has affected everyone in their close family. 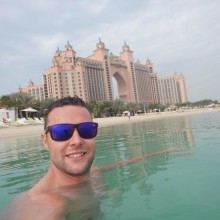 Brit facing 3 years jail in Dubai for "public indecency" after putting his hand on man in a bar so as not to bump and spill drinks.

Scot, Jamie Harron faces 3 years jail in Dubai for a cultural misunderstanding. Jamie was holding a drink and moving through a crowded bar, hand held in front of him to avoid spilling drink on himself or others. He touched a man on his hip to avoid impact. He was arrested for public indecency. His passport is held by police, he has lost his job and spent £30k in expenses and legal fees.

Dangerous UK FCO advice to Billy Barclay could have left him stuck in UAE indefinitely.

Billy Barclay was warned by the British Government not to proceed with advice from Detained in Dubai. They reportedly advised him to not take his story to the media and that doing so would make matters worse. This advice is alarming, as most cases have shown that active media campaigning has proved to be sometimes the only way innocent people detained in the UAE can gain their freedom.

Interpol is allowing itself to be illegally used as a debt collection agency by UAE banks. The UAE is a generous contributor to Interpol's coffers, having pledged $54 million in 2016. Brits who miss a credit card or loan payment and leave the country have their debt falsely classified as fraud by the UAE so they can list the defaulter with Interpol for the purposes of extradition.

Expats advised: Prepare properly if forced to leave debts in the UAE.

Expats in Dubai often get caught up in a nightmare of debt, thanks to unregulated credit being pushed at them every day. Missing one payment means jail, as debt is a criminal offence in the UAE (as opposed to a civil matter in the Western world.) Often people take loans in good faith but their circumstances change and they flee before being sent to jail, but their problems are far from over.