Telenor and Arctic Race of Norway enter into new agreement

(Svolvær, 13. November 2018)  Telenor and Arctic Race of Norway have signed a new contract that ensures upgrading of the mobile network in Northern Norway. The agreement was announced in connection with the presentation of the next year's Arctic Race of Norway, which will start in Å in Lofoten and continue through Lofoten and Vesterålen, before it is concluded in Narvik.

Telenor has invested tens of millions of Norwegian kroner the last three years to ensure good mobile coverage in the municipalities where the Arctic Race of Norway has been organized. Good mobile coverage for voice and mobile broadband is essential for an international sports competition to be carried out as required. Both the press, the audience, the teams supporing the riders and the organizers expect to share the experiences, not least in social media. Extended 4G coverage also means new opportunities for live TV coverage of the race.

The Arctic Race of Norway (ARN) and Telenor signed a three-year agreement in May 2016, which has contributed to a massive upgrade of the digital network along the various stretches s of the race. The results have been so valuable that the parties have now decided to sign a new agreement for the next three years.

"The agreement with the Arctic Race is an important part of our national shift from 2G to 4G to ensure that the best speed and experience is provided with the mobile network," says Coverage Director Bjørn Amundsen in Telenor.

Managing director Knut-Eirik Dybdal of the Arctic Race of Norway is also pleased with the new agreement with Telenor.

"One of the visions of the Arctic Race of Norway is to contribute to the development of Northern Norway. Through the agreement with Telenor, we ensure lasting improvements in key infrastructure that residents and local businesses can enjoy even after the competition has finished", Dybdal says.

Telenor's investments have included upgrades of base stations, new repeaters, and coverage in tunnels.

Here are the four stages in the Arctic Race of Norway in 2019: 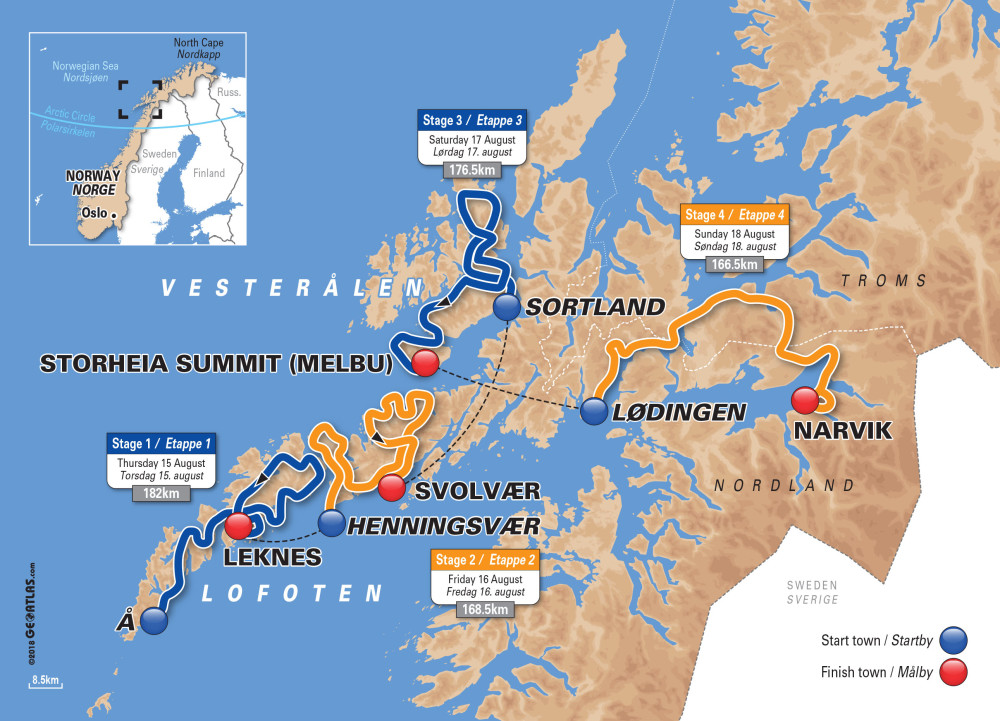