Travel through time to save the world – just make sure you're home for dinner. Out of Time, an exciting new expansion to the multiple award-winning Tales from the Loop roleplaying game, based on the wondrous worlds of visual artist Simon Stålenhag, has been released by Free League Publishing.

Written by Rickard Antroia (Emissary Lost) and Nils Hintze (author of the original Tales from the Loop core game), Out of Time contains a full campaign involving time travel and new exciting mysteries to solve for the Kids in the alternative 1980s.

But there is more – included in the 128-page hardback book with full-color art by SImon Stålenhag is also a full mystery landscape, Classified, as well as tools to generate your own mysteries. Rounding of the collection is a collection of mini adventures based on hit songs.

Out of Time is an expansion for Tales of the Loop - The Roleplaying Game but is also compatible with Things from the Flood, the recently released sequel game that moves the game setting into the 1990s.

Tales From the Loop - Roleplaying in the '80s That Never Was, based on Simon Stålenhag's acclaimed art book, was released in 2017 and was an instant hit, winning five ENnies (including Best Game and Product of the Year) as well as the Golden Geek Award for Best RPG and voted Best RPG on the UK Games Expo.

A Tales from the Loop tv series is currently in production by Amazon.

“RPG Tales from the Loop lets you channel Stranger Things and E.T.”

"Tales from the Loop RPG Will Make You Feel Like a Kid Again."

“Tales from the Loop is both exciting and emotional, fantastical and realistic, and is unlike any other game on my shelf."

We have also published the critically acclaimed art books Tales from the Loop andThings from the Flood by visual artist Simon Stålenhag, as well as the illustrated edition of the Lovecraft classic The Call of Cthulhu by French artist François Baranger. 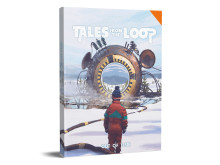 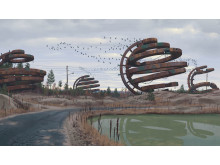 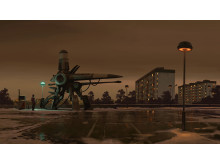 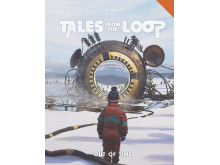