The Kickstarter for Tales From the Loop - The Board Game was launched today by Free League Publishing. The game, based on the universe created by artist and author Simon Stålenhag recently adapted to a tv series on Amazon Prime Video, offers cooperative gameplay using robot miniatures by Paolo Parente's Dust Studio. A complete Print 'n Play kit can be downloaded for free from the Kickstarter.

Simon Stålenhag is the internationally lauded artist and author of Tales From the Loop and Things From the Flood, narrative art books published by Free League that stunned the world with a vision of an alternate Scandinavia in the 1980s and ‘90s, where technology invaded tranquil landscapes to form an entirely new universe of the eerie and the nostalgic.

In 2017, Free League published a tabletop roleplaying game based on Tales From the Loop, which went on to win five Gold ENnie Awards, including Best Game and Product of the Year. A tv series adaptation of Tales From the Loop was launched just a few days ago on Amazon Prime Video.

Tales From the Loop - The Board Game lets players take another step into the amazing world of the Loop. In the 1-5 players take the roles of teenagers who investigate the mysteries originating from the Loop, a huge underground science facility with strange effects on the suburban landscapes around it – but they also need to make sure they’re home in time for dinner!

Tales From the Loop – The Boardgame is designed by Martin Takaichi and includes high-quality miniatures by Paolo Parente's Dust Studio.

To let players try out Tales From the Loop - The Board Game for themselves, Free League provides a Print 'n Play kit of the current Alpha game prototype for download from the Kickstarter page. The Print 'n Play kit includes four characters and one scenario to play.

You can find the Kickstarter here.

Want a review copy or interview on of the designers?

Send a mail to: pr@frialigan.se 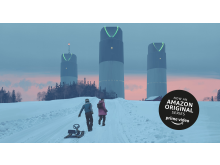 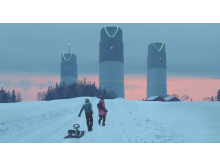 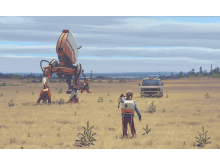 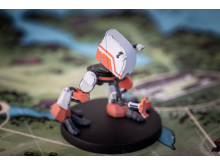 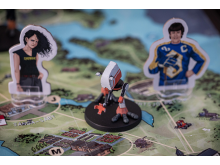 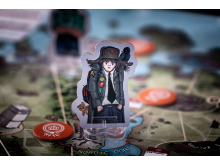 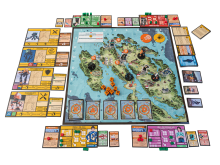 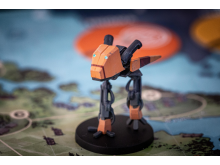 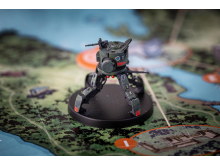 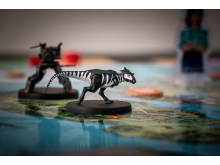 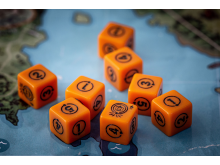 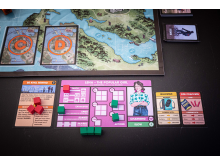