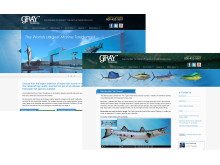 Gray Taxidermy is proud to introduce the brand new website! Among the many new features a new Zoom functionality has been added to all product pictures, allowing visitors to see the incredible detail that the paint artists create. New product categories have been added and users can now more easily browse through the many pages of fish species available.

Joe, originally from Hartford Connecticut has been an avid fisherman and found great interest in the marine taxidermy industry early on. Feeding his curiosity he approached J.T. Reese Taxidermy in Ft Lauderdale inquiring about schools that was teaching taxidermy at the time. After a 30 minute conversation he found himself being hired by the oldest marine taxidermist and begun training immediately. Three years into his hiring and after contributing his talents in various departments including glassing, finishing and painting the company was forced to close its doors due to a slowing economy.

After six months of working at a local marina, Joe was approached to revive J.T. Reese. He agreed, and the doors opened in the same facility as the original JTR. Over the next two years he became the General Manager of the company.  In 2001 Joe decided that it was time to move on and open up his own business, and Atlantic Taxidermy was born. Starting out in a 300 sq ft. facility he managed to productively grow the business, and six months later it moved into a 5000 sq ft. building.

In 2007 Joe was once again approached about possible business relationship. This time it was the owners of Gray Taxidermy. He was presented with an opportunity for Atlantic Taxidermy to become a part of the Gray Taxidermy Team. Agreeing to the offer he was hired to manage the "Atlantic" division.  In 2010 he was promoted to the sales team of Gray Taxidermy and has now been promoted as the new sales manager for the entire Gray Taxidermy Corporation, where he manages a team of in-house sales representatives in addition to overseeing the national and international sales force.

While continuing to grow the business, Joe will actively convey the company mission which states that a repeat customer is our greatest reward. Choosing Gray Taxidermy means not only will you be receiving your fish mount of a life time; you are also getting the most expertise and the best quality fish mount backed by top captains and Fishermen/Women in the world. Professional fishermen and recreational anglers keep coming back to Gray's  for their fish mounts, knowing quality is never compromised.

Graytaxidermy specializes in producing the finest handcrafted trophy fish mounts and tournament trophies available. We have been in business for over 50 years and have now created more than 500,000 of the world's finest made fish taxidermy and trophy fish mounts.

Pompano Beach, FL - Graytaxidermy has officially named Joe Ribera the new Sales manager of the company. Joe will spearhead the new in house sales initiatives and is working diligently to assist in customer retention and follow up to ensure that each past, current and potential customer receives the service and product expected from the world's largest taxidermist. 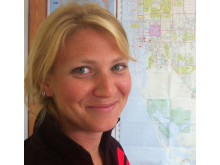 Gray Taxidermy is proud to expand and further develop its relationship with charter captains and their crew while providing anglers with new and exciting programs that will help enhance their fishing experience. By hiring Ashlee as the Captains Relation Coordinator the company is taking further steps to enhance customer experience while providing new sources of revenue for the charter boat crew. 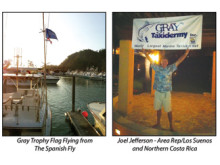 Jungle Fever - Stick Around, You May Catch It!

Last month Gray Taxidermy blazed across the coast of Costa Rica. Starting at the Nicaraguan boarder and finishing in Panama, we visited almost every charter boat in between and found the country is exploding with tourists and traveling fishermen! 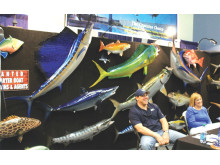 Gray Taxidermy at the 2012 Miami Boatshow

The Miami International Boat Show was a great success for Gray Taxidermy! We do not promote our product directly to the public; instead, we have spent over 50 years supporting captains and mates as agents for Gray Taxidermy and will continue to do so... 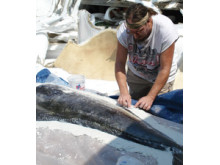 Roger That! - A legend in his own right

While we would love to get every charter captain and their crew to stop by and visit our facility, we know this may not always be possible. However, if you are ever in the area, please stop by and check us out and get a personal tour, you are always welcome at Gray's! 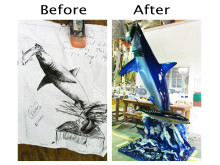 Once in a while a customer request is so unique that it takes an entire team of artists and specialists to create the vision of the customer. In this case a customer provided a rough drawing of what they envisioned the mount to look like. 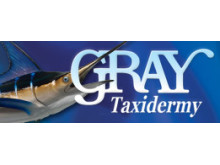 What's in store from the world's largest marine taxidermist?

Our focus throughout the past year was to improve our online visitor experience while re organizing our entire internal work flow in order to provide the best customer satisfaction possible. 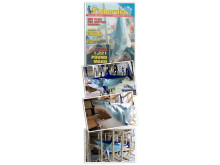 The current IGFA (International Game Fish Association ) World Record Mako was caught on July 21 back in 2001 during the "Oak Bluffs Monster Shark Tournament" off of Chatham, Mass. which requires all its participants to follow strict IGFA rules. . When this shark was finally brought into port and weighed it was a monstrous 1,221 lbs. and broke the record for the heaviest shortfin Mako.

Continuing to perfect the art of mounting fish

Gray Taxidermy is located in Pompano Beach, Florida, in a modern 70,000 square foot facility. We have been in business for over 50 years and have produced more than 500,000 of the world's finest made taxidermy and replica fish mounts. Gray Taxidermy fish trophies are available world-wide.

Choosing Gray Taxidermy means not only will... Show more

Gray Taxidermy is located in Pompano Beach, Florida, in a modern 70,000 square foot facility. We have been in business for over 50 years and have produced more than 500,000 of the world's finest made taxidermy and replica fish mounts. Gray Taxidermy fish trophies are available world-wide.

Choosing Gray Taxidermy means not only will you be receiving your fish mount of a life time; you are also getting the most expertise and the best quality fish mount backed by the top Captains and Fishermen/Women in the world. Gray Taxidermy sets the standard for the fish taxidermy industry.