“These are our best results to date. Our good earnings and strong cash flow continue to give us strength for future developments, and our innovation rate is high”, says Mia Brunell Livfors, President and CEO of Axel Johnson.

2017 has been a year of investments. Both new internal initiatives and acquisitions are vital to our renewal. The largest main investments have been made in and around Group companies. Axfood completed the acquisition of mat.se and also acquired Middagsfrid and Eurocash, and Axel Johnson International completed 13 acquisitions. At a Parent Company level, Axel Johnson acquired 70 percent of Skincity.

The digital transformation rate in the Group is high. During the year, over 200 projects linked to data, digitalization and technology development were initiated and implemented. One of these is Axinsight, the Group’s common function for data-driven business development, which was implemented during the year and involves several of our companies.

Axfood has grown, both organically and through the acquisition of mat.se, Middagsfrid and Eurocash. During the year Klas Balkow took over as the new CEO. Axel Johnson International has had its most successful year ever, looking at both earnings and sales. The acquisition rate is still high in the company and during the year no less than thirteen acquisitions were completed. Dustin reports its best results so far. At the end of 2017, Thomas Ekman was recruited as the new CEO, and five new acquisitions added skills in services, data centers and IT infrastructure. Kicks made major investments to strengthen its e-commerce offering. Novax recorded record profits, thanks largely to the sale of Medius. During the year, Novax acquired Datema, a supplier of self-scanning and mobility solutions in trade, industry, logistics and transportation. Martin & Servera made major investments in warehouses and logistics. Åhléns is still showing negative earnings but is delivering according to plan and better than last year, with sales growth in comparable units. E-commerce sales have surpassed the budget, and the newly-acquired Carin Wester brand was successfully launched. 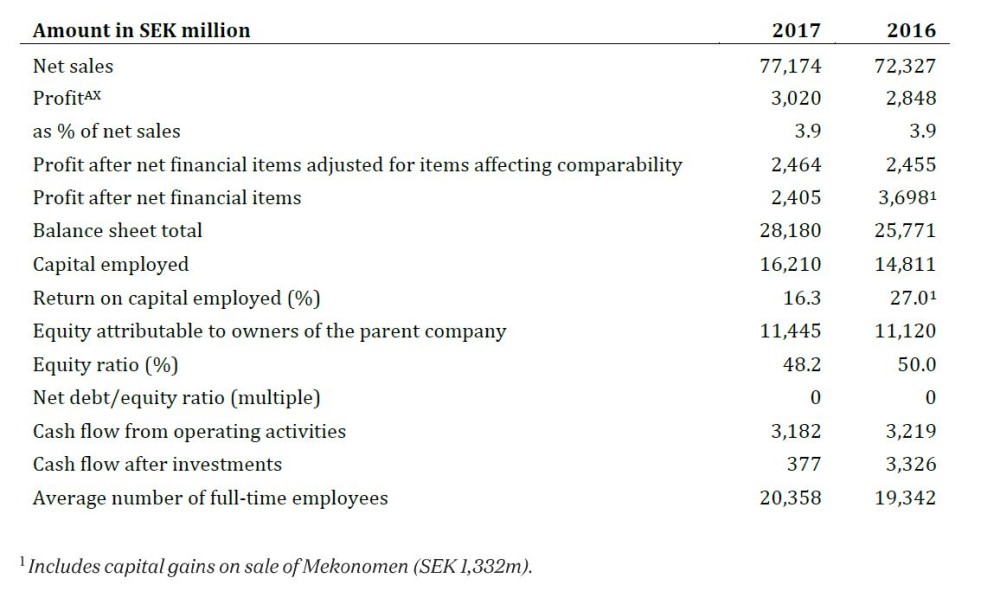 ProfitAX is profit after net financial items excluding goodwill amortization, adjustments of contingent consideration, items affecting comparability and discontinued operations. ProfitAX is used to facilitate comparability between Group companies and other listed companies outside the Group, and comparisons between years.

Axel Johnson is one of the Nordic region’s leading trading groups which builds and develops businesses within trade and services in the European market, with main focus on the Nordic region. Group companies currently comprise Axel Johnson International, KICKS, Martin & Servera (equity stake 70 %), Novax, Åhléns and the partly owned listed companies Axfood (equity stake 50.1 %) and Dustin (equity stake 25 %). Axel Johnson’s consolidated annual sales amounts to approximately SEK 77 billion (2017) and the wholly and partly owned companies have about 20,000 employees (2017). Axel Johnson is a family-owned company in the fourth and fifth generation and is owned by Antonia Ax:son Johnson and her family.

Prior to publication, it must be approved by Axel Johnson. 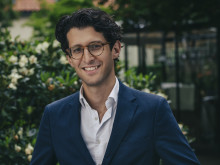