Success story Toca Boca, which in five years has gone from idea to 140 million downloads of its digital toys, is getting a new owner. The buyer is Canadian toy and entertainment company Spin Master.

Toca Boca started five years ago as a project out of Bonnier’s headquarters in Stockholm. Björn Jeffery and Emil Ovemar, part of Bonnier’s R&D department at the time, came up with the concept of making digital toys for the smartphone generation.

Based on the idea of always taking a child’s perspective and developing products for an international market, Toca Boca has grown into a top global brand for kids. Toca Boca, which is part of the Growth Media business area of Bonnier, gets more than 60 percent of its revenues from North America today. From its core business in digital toys, Toca Boca’s ambition is to grow by broadening its brand in video and physical products.

“Toca Boca’s start and subsequent development, with 140 million downloads over the past five years, is a success story for Bonnier Growth Media,” says Ulrika Saxon, CEO for Bonnier Growth Media. “Björn, Emil and the rest of the team at Toca Boca have gained huge trust from both children and parents by focusing on quality, playfulness and gender-neutrality. As an owner, we’re proud to have contributed to a brilliant start-up developed within the framework of a 200-year-old media company. With Toca Boca ready for the next step, it’s the right business choice for Bonnier to hand over the reins to a new owner with a base where Toca Boca can grow, both in terms of products and geography.”

Toca Boca is being acquired by Spin Master, a global children’s toy and entertainment company with 950 employees, headquartered in Toronto, and listed on the Toronto Stock Exchange (TSX:TOY). In 2015, Spin Master generated over US$1 bn in total sales from toys and the licensing of TV series.

"Since the founding of Toca Boca, it’s been a privilege to have the full backing and support of Bonnier whose values in entrepreneurship and freedom have allowed us to flourish and succeed,” says Björn Jeffery, CEO for Toca Boca. “We now look forward to joining strengths with Spin Master, an innovative leader in toys and entertainment, to further broaden the Toca Boca and Sago Mini brands in new areas for kids worldwide.”

Ulrika Saxon concludes: “It is with some sadness that we sell Toca Boca, but we’re convinced it’s the right timing for both Bonnier and Toca Boca. We’re proud of what we’ve done and of the value we’ve created together. The sale will give us resources that can be invested in new digital products and services from Bonnier.”

The companies have agreed not to disclose the purchase price. The deal will be completed at the beginning of May. 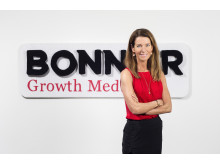 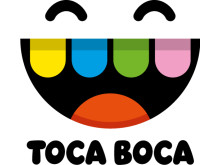