​Munich/Ernstbrunn – Windkraft Simonsfeld AG has equipped its entire Austrian Senvion fleet of 35 wind turbines with fos4X ice detection systems just in time for the start of winter 2019/20. Furthermore, the retroX system with additional functionality for performance enhancement and digitalization of wind turbines was installed at four selected turbines.

Windkraft Simonsfeld AG already equipped some of its wind turbines with the fos4X ice detection system Rotor Ice Control in 2018. The reliability, performance and price competitivity of the system were so convincing that all the remaining turbines in the Senvion fleet were retrofitted the following year.

“The reliability and performance of the fos4X ice detection system are outstanding in our wind farms. The systems will already have amortized in our wind farm Kreuzstetten in the 2nd winter.”

On four selected wind turbines with performance anomalies, the retroX system was installed instead of the standard ice detection. retroX consists of a sensor platform and intelligent software offering extended functionality. In addition to ice detection, the system enables the identificiation of yaw and pitch angle misalignments and the logging of loads experienced during turbine operation.

The data collected by the fos4X systems is directly transferred to the monitoring system of Windkraft Simonsfeld and is integrated into the in-house operation management system. This allows service visits to be optimally planned, downtimes reduced and reliable turbine operation guaranteed.

Windkraft Simonsfeld AG operates 84 wind power plants in Austria and two in Bulgaria. The company based in Lower Austria produced 577 million kilowatt hours of electricity in the previous year. This corresponds to the annual demand of 144,000 Austrian private households. The over-the-counter stock corporation is owned by more than 2,000 shareholders.

Founded in Munich in 2010, fos4X GmbH is a specialist for reliable, fiber-optic measurement technology and sensor technology as well as for innovative data analysis. It develops intelligent solutions for optimizing wind energy. These solutions are primarily used in wind turbines to optimize operation.

The fiber optic sensors and solutions are also used in the fields of electromobility, process measurement technology and railway technology.

Prior to publication, it must be approved by fos4X. 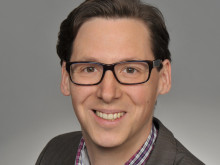