Iceland’s leading airline Icelandair is offering its Scandinavian customers a wide range of lucrative tour and hotel package deals when booking flights to Iceland. The package deals include everything from a budget break in beautiful Iceland, a cool weekend of designer boutique and bar hopping in Reykjavik’s trendy downtown area to a romantic trip getaway for couples wanting to enjoy Iceland’s romantic scenery and geothermal spas.

No visitors to Iceland should miss the chance to visit the beautiful and all natural geothermal pools of the Blue Lagoon. For its Scandinavian customers, Icelandair offers a special Blue Lagoon weekend trip which includes two nights at one of Reykjavik’s finest hotels and transfer to and from the Blue Lagoon.

Another amazing musts to see in Iceland are Geysir, Gullfoss waterfall and Thingvellir national, where the American and European continental plates meet. Icelandair offers a special trip for travellers wanting to explore these natural wonders as well as visiting the beautiful city of Reykjavik.

Finally, for everyone interested in the next big things on the Scandinavian and global music scene, a trip to the Iceland Airwaves music festival is a must. The festival, held in October, is known to be a stepping stone for young artists on their way from anonymity to fame, and is thoroughly covered by international music press.

Icelandair also offers stopover deals for Scandinavian travellers on their way to North American destinations such as New York, Boston or Seattle. A stopover in Iceland while travelling across the Atlantic is a good way of fitting two exciting destinations into one trip.

Icelandair’s stopover in Iceland package relives travellers from the stress of long flights and allows them to relax in the Blue Lagoon, take in the magnificent scenery of mountains and glaciers or just enjoy the fresh air on their way between Europe and North America.

Icelandair is a leading airline offering flights to and from Iceland, and an attractive option for cross-Atlantic flights. Icelandair provides safe, reliable flights and exceptional service on flights to metropolitan areas on both sides of the Atlantic.

The airline operates out of Iceland, and uses the country's geographical location mid-way between America and Europe, as an opportunity to build an ever-growing network of international routes with Iceland as a hub. 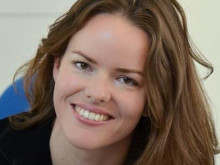 The Icelandair Saga Lounge at Keflavík Airport in Iceland was recently reopened after receiving a makeover from Icelandic interior designers Eggert Ketilsson and Stígur Steinþórsson. 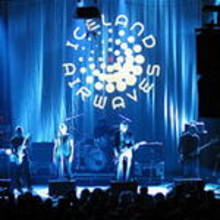