The LG Home Entertainment Companyreported full-year revenues of KRW 16.15 trillion (USD13.73 billion), relatively unchanged from 2018 while operating income of KRW 980 billion (USD 833 million) declined from the previous year.Fourth-quarter 2019sales of KRW 4.59trillion (USD 3.90 billion) remained unchanged from the same period of 2018 and 18.7 percent higher than the previous quarter, resulting in an operatingincome of KRW 110 billion (USD 93.5 million) due in large part to increased marketing costs.

The LG Vehicle Component Solutions Company reported solid full-year 2019 revenues of KRW 5.47 trillion (USD 4.65 billion), a 27 percent increase from 2018 and the highest annual sales in the company’s history.Quarterly revenues of KRW 1.36 trillion (USD 1.15 billion) were3 percent lower than the fourth quarter of2018 as a result of slower auto sales. Despite a 2019 operating loss of KRW 194.9 billion (USD 165.6 million), the company expects to benefit from additional cost competitiveness and enhanced profitability as the electronic vehicle market continues to expand in 2020 in response to stronger European environmental regulations.

LG Electronics’ unaudited quarterly earnings results are based on IFRS (International Financial Reporting Standards) for the three-month period ending December 31, 2019. Amounts in Korean won (KRW) are translated into U.S. dollars (USD) at the average rate of the three-month period of the corresponding quarter — KRW 1,176.57 per USD.

LG Electronics will hold an English language conference call on January 31, 2020 at 09:00 Korea Standard Time (00:00 GMT/UTC). Participants for the English conference call are instructed to call +82 31 810 3061 and enter the passcode 6418#. The corresponding presentation file will be available for download at the LG Electronics website (www.lg.com/global/ir/reports/earning-release.jsp) at approximately 16:00 on January 30,2020. Visit http://pin.teletogether.com/eng and pre-register with the passcode provided. For those unable to participate, an audio recording of the news conference will be available for a period of 30 days after the conclusion of the call. To access the recording, dial +82 31 931 3100 and enter the passcode 142970# when prompted.

LG Electronics Inc. is a global innovator in technology and manufacturing with operations in 140 locations and a workforce of over 70,000 around the world. With 2019 global sales of USD 53 billion, LG is composed of five companies – Home Appliance & Air Solution, Home Entertainment, Mobile Communications, Vehicle Component Solutions and Business Solutions. LG is a world-leading producer of TVs, refrigerators, air conditioners, washing machines and mobile devices, including premium LG SIGNATURE and LG ThinQ products featuring artificial intelligence. For the latest LG news, go to www.LGnewsroom.com. 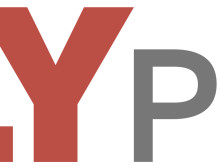