The acquisition of Maersk Oil allows the Group to reinforce its existing leading positions in the U.K. and in Norway, as well as to enter Denmark, making Total the second-largest operator in the North Sea with an output of 500,000 boe/d by 2020.

“This major acquisition is a success on many levels,” said Patrick Pouyanné, Chairman and CEO of Total. “First, it illustrates our strategy to build on our strengths and grow our presence in Total’s core areas, like the North Sea, to strengthen our leadership there. Second, it brings high-quality and low-breakeven assets, enhancing our worldwide portfolio. Third, the strong overlap between Maersk Oil and the Group’s assets will generate more than $400 million of synergies per year.”

“We are committed to preserve and further develop Maersk Oil’s heritage by relying on the strong competencies of its teams. Our regional hub for North Sea activities is now headquartered in Copenhagen. Moreover, we welcome a major new shareholder — A.P. Moller-Maersk — which will hold 3.70% of the Group’s capital,” he added.

The transaction also strengthens other growth areas of Total, in particular in Algeria and in the Gulf of Mexico in the United States. It is immediately accretive to both cashflow per share and earnings per share.

The effective date of the transaction is the 8th of March 2018. Under the agreed terms, A.P. Moller-Maersk will receive a consideration of $4.95 billion in Total shares (around 97.5 million shares based on average share price of the 20 business days prior the signing date of the 21st of August 2017) and Total will assume $2.5 billion of Maersk Oil’s debt.

This press release, from which no legal consequences may be drawn, is for information purposes only. The entities in which TOTAL S.A. directly or indirectly owns investments are separate legal entities. TOTAL S.A. has no liability for their acts or omissions. In this document, the terms “Total” and “Total Group” are sometimes used for convenience where general references are made to TOTAL S.A. and/or its subsidiaries. Likewise, the words “we”, “us” and “our” may also be used to refer to subsidiaries in general or to those who work for them.

This document may contain forward-looking information and statements that are based on a number of economic data and assumptions made in a given economic, competitive and regulatory environment. They may prove to be inaccurate in the future and are subject to a number of risk factors. Neither TOTAL S.A. nor any of its subsidiaries assumes any obligation to update publicly any forward-looking information or statement, objectives or trends contained in this document whether as a result of new information, future events or otherwise.

Total is the largest oil and gas operator in Denmark. The country boasts a proud oil and gas industry which extends back more than half a century. Today Denmark’s upstream industry is gearing up for a new chapter with the Total-led full redevelopment of the Tyra Field and its associated gas infrastructure.

Oil was first discovered in the Danish sector of the North Sea in 1967, with commercial production beginning in 1973. In 2017 operated production in Denmark was around 115,000 barrels of oil and 447 million standard cubic feet of gas per day.

Total’s presence in Denmark was cemented with the acquisition of Maersk Oil and takeover of the operatorship of the Danish Underground Consortium (DUC). This consortium is responsible for 85% of the oil and 97% of the gas production in Denmark, making an important contribution to Denmark’s economy, energy supply and employment. 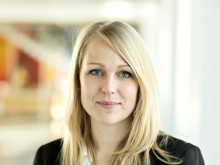