After recent events, it’s no surprise that the Coronavirus (COVID-19) has taken a huge toll on society and is furthermore going to have an impact on the world economy. Here’s an overview of what’s going on and what to expect.

(Online) shopping
Physical stores are being strongly affected as most people are either quarantined, isolating themselves or generally avoiding public places. As foot traffic is down in malls and shopping areas, there’s high pressure on e-commerce. The increase in online sales bodes well for companies with delivery services, but because it’s so sudden, it is also causing supply chain issues, product shortages and having to decline customer demand.

The Coronavirus will inevitably affect the economy, but we don’t know to what extent yet, or how long its effects will continue to disturb society. As such, the future of many businesses is uncertain. While online sales are booming right now (mainly those offering health care, food and other basic necessities), the high probably won’t last as other businesses are losing their customers, which in turn leads to people becoming unemployed. As of right now, travel, hotel and restaurant industries are being struck the hardest.

Digital Commerce 360 conducted a survey, the results of which show that most retailers expect their sales to increase or decrease somewhat, but not necessarily drastically in either direction.

Although stand-by mode is a rational reaction, businesses mustn’t cease activity. When consumer demand is high, companies ought to utilize their assets to stimulate and sustain their customers. This especially means continuing with digital marketing efforts.

Advertising
As people are having to spend most of, or all of, their time at home, it’s likely that TV ads will see a significant boost. Both because citizens want to stay updated on the latest news regarding the virus, but also because the boredom and lack of activity caused by isolation most likely will lead to a lot of watching TV. So, spend your ad money on video ads! Preferably those that are featured on TV, streaming sites, or YouTube as those are the most popular binge-watching platforms.

A lot of people will also most likely spend a lot of time scrolling through social media in lack of other activities, so advertising on Instagram, Facebook, Snapchat, Pinterest and TikTok is also a good way to go.

In the same way, e-mail marketing could become more important for companies in the next few months. Working from home inevitably means spending less time commuting. And that means, for a lot of people, more time to check their e-mail. That’s why a lot of marketers predict that newsletters will have a comeback this year.

Remember: marketing isn’t all about selling, it’s about building a brand and making people remember and trust you. This isn’t the end of the world; there will be a time after Corona.

Logistics
Businesses within e-commerce will probably ask themselves whether their customers will receive their orders or not. Although several industries are affected by the current situation, carriers are still operating. However, there might be slight changes and delays. Many companies are also taking measures to enforce their hygiene routines and have changed their procedures for signing the proof of delivery, and some carriers, such as the Royal Mail, are now starting to suspend signatures entirely on delivery.

In the last few weeks, border controls have become stricter too, leading to extra checks at border crossings, which could result in in delays. In countries that are in full lockdown, such as France, Italy, Belgium and Spain, pick-ups and deliveries are suspended because of restrictions from the government in certain areas.

Economic impact
The current travel restrictions, quarantines and social distancing will undoubtedly result in a fall in consumer and business spending. This will cause a recession, but to what extent is probably too early to say. Even though the outbreak might get under control during the next few months, going into a recession will mean more consumers staying home, companies laying off workers and overall an increase in unemployment. The world economy will recover, but we can expect it to take time. It’s probably inevitable that most businesses will suffer from a decline in sales but remember: it will be temporary. Taking the opportunity to develop the e-commerce side of the business might be a way to soften the transition from before and after the crisis.

Coming years
As the crisis has forced companies to move all their meetings online, it’s likely that we will see a development when it comes to solutions for virtual events and digital conferences. Online digital trade shows are also growing more popular, and the trend will probably continue.

And when it comes to the crisis itself, it seems that we’re heading in the right direction. A lot of Chinese companies are already moving on from crisis response to planning for the future. Full-scale digitization is expected to be a major part of such plans. We can expect the digital side of the retail industry to grow at a faster pace than before. Companies in the retail business that aren’t fully digitalized yet will probably in the coming weeks and months take the next step and focus even more on the online experience that they’re offering their customers.

Simply put, social distancing requires businesses to find new ways to let their customers purchase their products or services that don't involve large crowds. And that might be a positive thing.

Prior to publication, it must be approved by Flowbox. 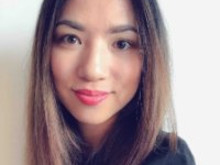 Head of Content at the MarTech company Flowbox and member of the Advisory Board at IHM Business School in Content Marketing. Formerly Editor... Show more