Mora Armatur´s new sensor-controlled mixer in black will completely change your design feeling in the bathroom and at the same time reduce your water consumption.

MORA MMIX TRONIC BLACK is a cool and stylish mixer that gives you both design and function. On the outside, the mixer is coated with PVD which makes the surface extremely durable and easy to clean. On the inside, all technology is integrated into the mixer where the touch free function creates a luxurious and hygienic product with focus on energy saving.

- Today a sensor-controlled mixer is comfortable and very hygienic because it starts with the help of a sensor and no contact is needed. This means that it saves water and energy, which can make a big difference compared to a regular mixer, says Malou Carlsson, Manager of brands and products ranges at Mora Armatur.

Design in all honour – but what’s behind the stylish surface?
The mixer comes with a long-life battery, that lasts at least three years with normal use. This means that no mains operation is required, but can be converted if you would like that. It is easy to lock the max temperature on the mixer, which minimizes the risk of scalding. And just like the rest of the Mora MMIX-serie, the mixer is made entirely of environmentally friendly lead free material.

- Now it´s time to spoil yourself, you have the visions and we have the mixer that can realize your dreams of a luxury bathroom, says Malou Carlsson.

Mora Armatur is part of the FM Mattsson Mora Group, the leading Swedish tap manufacturer, which celebrated its 150th anniversary in 2015. The company was founded in 1865 in the village of Östnor near Mora, Sweden by Frost Matts Mattsson, a young entrepreneur. The company originally produced brass parts for clocks and decorations for local traditional costumes. He cast his first tap back in 1876. The FM Mattsson Mora Group includes Mora Armatur, FM Mattsson, Damixa and Hotbath. All the companies in the Group focus on leading technology, high quality, attractive design and environmental friendliness. FM Mattsson Mora Group’s has sales of over SEK 1,4 billion and more than 500 employees.

Prior to publication, it must be approved by FM Mattsson Mora Group AB. 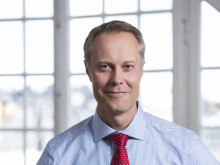 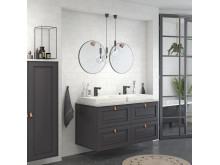 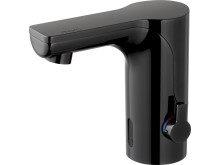