The freight shuttle between Falköping, 130 kilometres north-east of Gothenburg, and the largest port in Scandinavia is back in operation. Companies in the region will once again have access to the port's wide range of shipping services to key import and export markets. The company behind resumption of the service is Schenker.

September 4th the new freight shuttle between Falköping will be back in operation, 130 kilometres north-east of Gothenburg, and the Port of Gothenburg, now run by Schenker and the rail operator TM Rail.

According to Joakim Eriksson, Commercial Director at DB Schenker's Air & Ocean Division, the service will initially operate five days a week with direct trains carrying the equivalent of 44 TEUs. "We will increase capacity as soon as possible to the equivalent of 84 TEUs. The region is expanding and there is a considerable need for efficient transport solutions."

From Falköping to the rest of the world
Freight is transported from Falköping to the Port of Gothenburg in just two hours. On arrival, the train runs directly into the port's container terminal, APM Terminals. From there, the widest range of short-sea and deep-sea shipping services in the Nordic region awaits, covering destinations in Europe and other continents. The Port of Gothenburg is the only port in Sweden that has direct container services to China, India, the Middle East and the USA.

"The rail shuttle runs straight into the port and the freight can be rapidly loaded on board for export to various world destinations or in reverse, from the vessel onto the rail trucks, which are then taken directly to Falköping," explains Stig-Göran Thorén.

"With the new multimodal terminal, using the volumes from Jula as a base, there will be significant opportunity for other companies in the region to link into this container shuttle service," says Leif Bigsten, Head of Infrastructure and Logistics at Falköping Municipal Authority.

The Port of Gothenburg is the only port in Sweden with the capacity to receive the world's largest container vessels and has the broadest range of shipping routes within and outside Europe. The 25 rail shuttles that depart each day mean that companies throughout Sweden and Norway have a direct, environmentally smart link to the largest port in the Nordic region. The Port of Gothenburg has terminals for oil, cars, roro, containers and passengers. 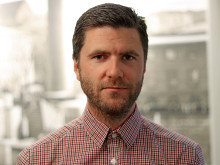