Soko Aoki’s winning project is based on integrating Milestone Systems’ XProtect VMS (video management software) with 360[PL1] enabled cameras and a head mounted display (HMD) to see omni-directions by just moving your head using RTSP and MIP drivers. Soko Aoki’s idea uses cutting edge technology to bring high quality 360-degree video streams directly into XProtect, allowing security officers and professionals to utilize innovative equipment such as HMD to augment their capabilities when it comes to video and security. It was a close race, but Soko Aoki’s idea came in first in several categories such as innovation, commercial potential and level of integration with Milestone Systems’ MIP SDK.

“Soko Aoki’s idea is a clear demonstration of why we have this contest. It brings in innovative ideas that use the latest technology in video and wearable cameras and expend XProtect beyond the uses we currently know. The use of head mounted display and 360-degree and body warn cameras supports the development direction of XProtect to automate more and more processes and eventually augment the human capabilities and skills to provide the most advance security experience and the highest video quality possible” said Bjørn Skou Eilertsen, Chief Technological Officer, Milestone systems.

Soko Aoki is 39 years old, holds a Ph.D from Keio University in Japan and is the CEO of Kadinche Corporation, a company that develops software and web services handling 360 video.

The annual Milestone Community Kickstarter Contest was launched in November 2016. Applicants have one month to submit their integration ideas to Milestone Systems. The ideas are then reviewed, and from the submissions the top finalists are chosen and will compete for the grand prize of USD 10,000 plus over USD 50,000 in marketing and development services and assistance. All five finalists are invited to Milestone Systems annual partner event MIPS, where they present their ideas and solutions to other Community members, as well as to the Kickstarter contest’s judges committee that then makes the final selection and chooses the winner. Visit the website here.

Milestone Systems is a leading provider of open platform video management software; technology that helps the world see how to ensure safety, protect assets and increase business efficiency. Milestone enables an open platform community that drives collaboration and innovation in the development and use of network video technology, with reliable and scalable solutions that are proven in more than 150,000 sites worldwide. Founded in 1998, Milestone is a stand-alone company in the Canon Group.

Find out more on www.milestonesys.com 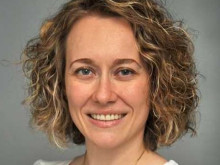 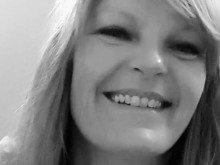