CEO and co-founder, Kresten Juel Jensen, looks back over 2019 and predicts what the new year has in store for Motosumo.

The start of a new year is always such a precarious time. What will the new year bring? Everything you hoped for? Or an unprecedented ass-whooping? Judging from 2019, it’ll probably be a bit of both.

The start of a new year is also a time for boasting. Right now, my LinkedIn timeline is a parade of back-patting and high-fives. And why not? After a year of uncertainty, hard work and anxieties, plus all the inevitable disappointments and dead-ends every business faces, it feels good to focus on the successes. Maybe it’s not so much about boasting but more about being thankful. (Also a little bit about boasting.) And we’ve got a lot to be thankful for at Motosumo.

A year in numbers

2019 was a year of growth for us. Our team doubled in size. Our office, which had felt so roomy back in the early days, was suddenly cramped, with people sharing desks and rubbing elbows. Cozy, yes, but not ideal. So we moved. Now we all have our own desks. Elbow-rubbing is reserved for the lunch table. Our customer base also grew. Massively. In both number and geographical scope. It’s crazy to look at a heat map of users. What started off as a few isolated blips in Scandinavia has now become this great symphony of colors all over the globe.

We hit one thousand gyms this year. That’s one thousand gyms using Motosumo day to day. And all over the world. From Cape Town to Qatar, California to Colombia. We couldn’t have managed this without a sales team that has no regard for traditional working hours. These guys have juggled time zones, pulled countless late nights at the office, and faced thousands of meetings and calls with the same enthusiasm and charisma that got them hired. But their success isn’t down to sheer force of personality; it’s all backed up by solid stats.

Usage per gym has gone up by 150%. That tells us that gym users are spreading the word. People aren’t just downloading Motosumo, playing with it for a few weeks, and deleting it. This isn’t a fluke. They’re using it month after month, year after year. Our users, both members and instructors, have become our greatest ambassadors. They’re enthusiasm for Motosumo, and the communities growing around it, is inspiring. Particularly for our developers.

A big part of our team is made up of engineers and tech geeks. These are the guys who build the product, tinker with the algorithms, and squash all the bugs. They spend their days staring at screens full of what look like hieroglyphics to the rest of us. For them, there’s no bigger satisfaction than seeing so many people using and enjoying their app. And all of this year’s growth is testament to their skill and hard work.

With growth, of course, comes growing pains, and with more users come more responsibilities. Technical issues and snafus are always popping up. And we’ve had our fair share of ass-whoopings in 2019. Struggling as a fit-tech startup in what is still a fairly conservative industry is tough. We get it. If you’re bringing something new to the table, you need to prove that it’s worthwhile. We’ve had to do some convincing. But all in all, these are happy problems. Now, we’re in a privileged position. The numbers speak for themselves. Revenue has gone up consistently, and we’ve been hitting 10% growth - more or less - every month.

Growth is important, but in 2020 we want to make sure we’re growing in the right way. It’s not just about more clients and more revenue. Last year, we tried something different. We wanted to see if Motosumo tech could help a good cause. Turns out, it totally can. The #trainfortrees campaign planted over 2,000 trees for #teamtrees and the Arbor Day Foundation. Every single one of our users contributed by sweating their asses off in gyms all over the world. They deserve a huge thank you. In 2020, we want to make an even bigger impact.

So what does 2020 hold for Motosumo? An ass-whooping or two, for sure. They’re unavoidable, a guaranteed certainty for all of us, like death and taxes. But, after looking back over 2019, we’re quietly confident that 2020 will be a good one. We won’t be going at it alone. We’re kicking off the year with a new chairperson of the board, Nick Coutts, a legend in our industry. Validation doesn’t come much higher. Beyond that, there’s no secret, no magic formula. It’s all about consistency: making calls, building updates, sharing stories, and spreading good vibes. And, perhaps, dishing out a few ass-whoopings of our own.

Prior to publication, it must be approved by Motosumo. 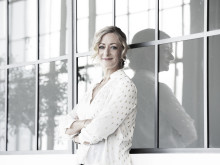