The Innovation Fund Denmark has decided to fund the project between the physicists at Aalborg University and the MyDefence R&D team, with 6.1 million Danish Kroner (0.8 million EUR).

“Explosives like those used in Improvised Explosive Devices (IED) have a unique “fingerprint” signature which can be clearly identified using terahertz spectroscopy. So far, the equipment for terahertz spectroscopy has been too bulky and fragile for out-of-the-lab applications, or has been limited to measurements at distances of a few meters or less. Together with Aalborg University, we have found a way to produce a portable terahertz spectroscopy device that, when realized, will allow us to detect explosives at safe standoff distances, says, Christian Steinø, CEO of MyDefence.

Terahertz waves are absorbed in water vapor, which causes a number of challenges, one being detection range. This is especially true, when you want the technology to detect hidden explosives in real-world settings. The device must be able to work at far enough distance to, for instance, be able to give a driver on a vehicle enough warning to react on explosives detected on the ground ahead of him. The experience of the Optics and Spectroscopy research group at Aalborg University, together with the knowledge and skills of the former military officers and engineers at MyDefence, is just the right mix of competencies needed, to innovate this truly revolutionary technology.

“A few years ago, MyDefence contacted the physicists at Aalborg University, and presented us with their vision of detecting explosives using terahertz radiation. Christian Steinø and Dan Hermansen had some innovative ideas, and their experience from fighter plane radar technology and anti-drone RF technology, was just the right complement to our expertise in optics and spectroscopy. Together we came up with a good solution”. Says,Esben Skovsen, Associate Professor at the Department of Materials and Production.

The 3-years and 3 months project will include a number of field trials, live test, enhancements of identification algorithms, and a close cooperation with the researchers of Aalborg University.

MyDefence is an entrepreneurial enterprise rooted in the experience of former military officers. We leverage a deep understanding of military operations and robust insight into advanced radio technologies, with expertise of highly skilled RF engineers.

We nourish a disruptive technology culture within our corporation, with a strong desire to develop revolutionary, solid and superior technology, which protects infantry soldiers, from Improvised Explosive Devises (IED) or drones carrying explosives.

By listening to our customers, and combining lessons learned with our technology and research, we have made revolutionizing steps towards robust wireless signaling in mission critical environments. The knowledge gained and shared, makes our products truly cutting edge. At MyDefence we realize the terms “Interoperability” and “Mission Critical” are lifesavers. Around these notions, we work our projects and products in order to accommodate the military needs for flexibility and operability.

Prior to publication, it must be approved by MyDefence Communication ApS. 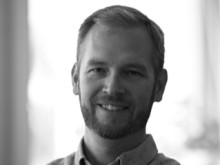