One of the many tragedies recorded by military history is the fact that soldiers used to be far more likely to die off the battlefield than on it, either due to illness, malnutrition, or poor treatment of their injuries. For instance, for every three soldiers killed in battle during the American Civil War, five more would die of disease, and many of those that died in battle only did so because of the limited medical help available at the time.

Today, 150 years later, the situation is radically different. A modern soldier injured in combat has a good chance of reaching a surgical unit within 15 minutes of his or her injury, which is part of the reason why in some current conflicts, more than 90% of military personnel injured in combat survive. The same applies to deaths from disease, which are also largely a thing of the past.

In the second episode of the Nammo-sponsored podcast series "Loose Rounds," Adin Dobkin and Angry Staff Officer of "War Stories" introduce us to one of the advancements that have made this remarkable development possible - something that we today take almost for granted - blood transfusions. You can listen to the episode below, or search for "War Stories" wherever you get your podcasts (Click here to listen on iTunes/iPhone). 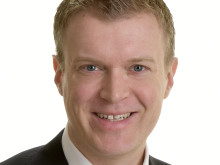 Few weapons exemplify the value of incremental improvements more than the mortar. In the first episode of the new podcast series "Loose Rounds", the show runners Adin Dobkin and Angry Staff Officer trace the development of mortars from their early beginnings in the 14th and 15th century until today's battlefields.

Interested in military history? Nammo and War Stories are launching a new podcast series that will highlight small, unexplored and uncelebrated technological developments that have had a big impact on the battlefield. Teaser trailer available now - first full episode available on Monday February 19th.

Amateurs talk tactics, professionals talk logistics. In the third episode of the podcast series "Loose Rounds", Adin Dobkin and Angry Staff Officer show us why, as they discuss the incorporation of logistics into professional militaries. The episode is available now on nammo.com, or wherever you find your podcasts.

The fourth round of the podcast series "Loose Rounds" is now available. The topic this time - the development of military communications.

New episode out in our podcast series, delivered by War Stories. This time the topic is field rations, the pre-packed packs of food prepared for soldiers in the field, and Adin Dobkin and Angry Staff Officer discuss both their origins, as well as whether armies could do with preparing food in a way not only intended to maximize nutrients, but also taste...!