The latest findings from the largest European project in the emerging science of wastewater analysis are presented today by the Europe-wide SCORE group, in association with the EU drugs agency (EMCDDA). The project analysed wastewater in 56 European cities in 19 European countries in March 2017 to explore the drug-taking behaviors of their inhabitants.

From Berlin to Vilnius and from Helsinki to Barcelona, the study analysed daily wastewater samples in the catchment areas of wastewater treatment plants (WWTPs) over a one-week period. Wastewater from approximately 43 million people was analysed for traces of four illicit drugs: amphetamine, cocaine, MDMA (ecstasy) and methamphetamine.

Wastewater based epidemiology is a rapidly developing scientific discipline with the potential for monitoring near-real-time, population-level trends in illicit drug use. By sampling a known source of wastewater, such as a sewage influent to a wastewater treatment plant, scientists can now estimate the quantity of drugs used in a community by measuring the levels of illicit drugs and their metabolites excreted in urine.

The SCORE group has been conducting annual wastewater monitoring campaigns since 2011. Twenty-one cities have participated in five or more of the seven campaigns run so far, which allows for time-trend analysis of drug consumption based on wastewater testing.

The 2017 results are released today in an updated edition in the EMCDDA Perspectives on Drugs (POD) series, entitled ‘Wastewater analysis and drugs — a European multi-city study’. The POD includes an innovative interactive map and a chart-based tool allowing the user to look at geographical and temporal patterns and to zoom in on results per city. The findings offer a valuable snapshot of the drug situation in the cities involved, revealing marked regional variations in drug use patterns:

Methamphetamine use remains generally low. Traditionally concentrated in the Czech Republic and Slovakia, it now appears to be present in Cyprus, the east of Germany and northern Europe (e.g. Finland and Norway).

Traces of cocaine in wastewater suggest that cocaine use is highest in western and southern European cities, particularly in cities in Belgium, the Netherlands, Spain and the UK. The analysis points to very low to negligible cocaine use in the majority of eastern European cities. In cities with wastewater data for 2016 and 2017, the latest figures reveal increases in traces of cocaine, confirming the upward trend reported in 2016.

Most of the cities observing sharp increases in traces of MDMA in the period 2011–16 reported a stabilising trend in 2017.

When weekly patterns of drug use were examined, cocaine and MDMA (ecstasy) levels rose sharply at weekends in most cities, while amphetamine use appeared to be more evenly distributed throughout  the week.

In this project, SCORE uses a standard protocol and a common quality-control exercise in all locations, making it possible to directly compare illicit drug loads in Europe over a one-week period over seven consecutive years.

The EMCDDA adopts a multi-indicator approach to drug monitoring on the principle that no single measure can provide a full picture of the drug situation. It views wastewater analysis as a valuable additional tool in its epidemiological toolkit and one which can provide timely information on a wide spectrum of substances. 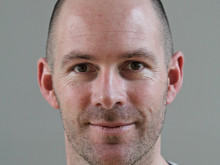 The latest findings from the largest European project in the emerging science of wastewater analysis are presented December 13th by the Europe-wide SCORE group, in association with the EU drugs agency (EMCDDA). The project analyzed wastewater in over 50 European cities in 18 European countries in March 2016 to explore the drug-taking behaviors of their inhabitants. 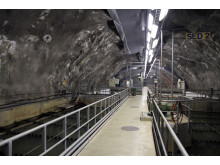