Munich, March 2018: Institutions and oil-producing countries expect a moderate increase in oil prices from USD 51 in 2017 to USD 54 per barrel WTI (West Texas Intermediate) in 2018. While both demand and supply grew in 2017, the market experienced its first period of undersupply since 2013. This development and the resulting increase in prices can be attributed to OPEC's decision to reduce production in 2016. These are some of the findings of the 2018 study Oil price forecast: who predicts best? (Download study here) by consulting firm Roland Berger. Since 2007, the firm has analyzed the price forecasts of the largest oil-producing countries and institutions, as well as the market dynamics.

"Oil-producing countries and institutions alike expect only a limited increase in prices for 2018. This takes into account OPEC's decision to cut back production, but also demonstrates the U.S. industry's ability to fill the resulting gap in supply," comments Arnoud van der Slot, Partner at Roland Berger. "Looking at the currently proven reserves, U.S. corporations can maintain pressure on the price as a swing supplier well into the next decade – the time when some expect oil demand to peak. Hence, it is likely that prices will remain at current levels in the foreseeable future."

Accurate forecasts are crucial for oil-producing countries as their national budgets are based on them. The three best-forecasting oil-producing countries anticipated an average oil price of USD 55 per barrel, yet the actual price was USD 51. The relatively high margin of error was mainly the result of Saudi Arabia's bullish estimate, leading to an average accuracy of 20%. Conversely, the three major institutes, the New York Mercantile Exchange (NYMEX), the U.S. Energy Information Administration (EIA) and the Organization for Economic Co-operation and Development (OECD), forecasted the oil price for 2017 with an average accuracy of 8%.

Based on forecasts from 1999-2017, the top 3 forecasting countries are Iraq, Nigeria and Saudi Arabia. Since 2009, institutional forecasts have been more accurate than those from oil-producing countries, prior to which it was the other way around. As of 2012, these institutions have remained unbeaten in the accuracy of their forecasts.

"Half of the oil-producing nations overshot the price in their 2017 forecasts, while the others predicted lower prices," explains David Frans, Partner at Roland Berger. "As their role in controlling supply has diminished, so has the oil-producing countries' ability to forecast. Consequently, institutes' predictions have been more accurate for almost a decade."

With new technologies emerging, cost improvements are set to continue

The rise of shale oil producers and their role as a swing supplier have made the U.S. the biggest producer of the world's most sought-after commodity. Between 2008 and 2016, U.S. wells accounted for more than 60% of the global increase in production. "There have been considerable increases in productivity in the U.S., allowing firms to operate profitably at low price levels," explains Frans. "Industries in competing countries need to follow the U.S. examples in adopting new technologies to realize efficiency gains. And this race is far from over: With big data and artificial intelligence solutions on the rise, oil groups will be able to produce even cheaper than they can today." 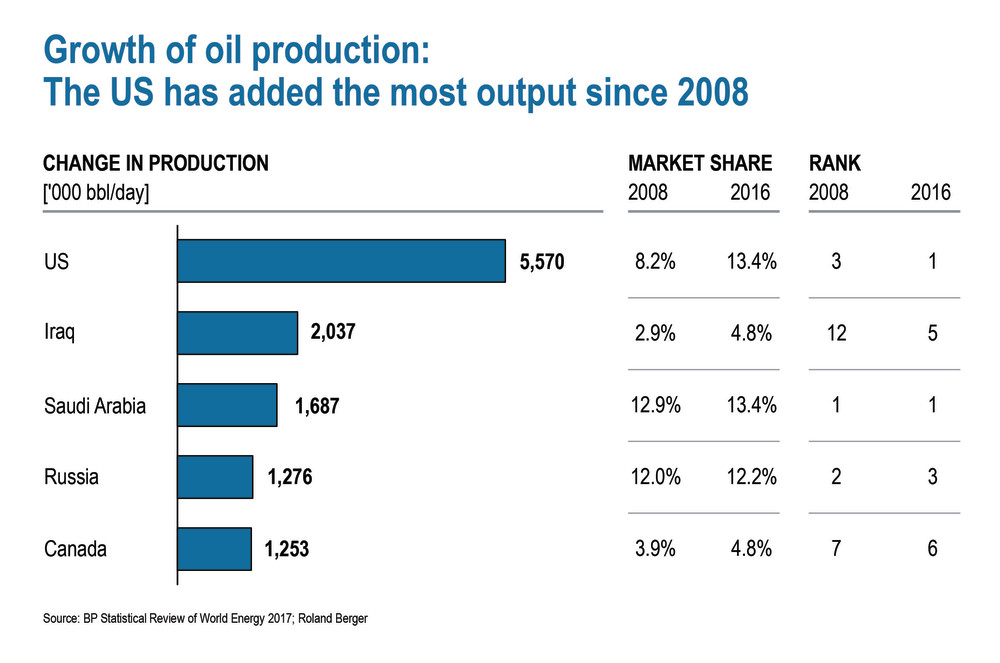 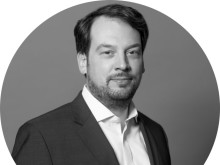 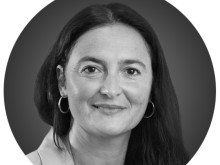 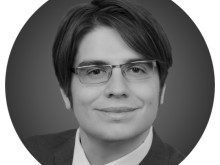 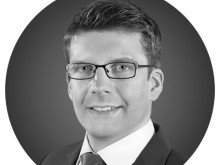 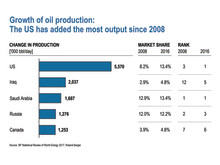