AstraZeneca’s Lokelma (sodium zirconium cyclosilicate) has been approved in China for the treatment of adult patients with hyperkalaemia (elevated levels of potassium in the blood).

The approval by the National Medical Products Administration (NMPA) was based on positive results from the extensive Lokelma clinical trial programmeand a pharmacodynamic study in China which showed that patients receiving Lokelma experienced a significant, rapid and sustained reduction of potassium in the blood.

In 2019, the NMPA included Lokelma on the Accelerated Approval list of “Overseas New Drugs in Clinical Urgent Needs for China”, recognising the significant unmet need for effective medicines treating hyperkalaemia.

Mene Pangalos, Executive Vice President, BioPharmaceuticals R&D, said: “This approval marks an important milestone for more than two million patients in China who suffer from hyperkalaemia. Lokelma will offer the opportunity for patients and physicians to achieve long-term disease control and potentially reduce the risk of acute episodes, which can have serious, even life-threatening consequences.”

The Lokelma clinical trials programme includes three double-blinded, placebo-controlled trials and one open-label trial, where patients with hyperkalaemia were treated for up to 12 months. These trials showed that for patients receiving Lokelma, the median time to achieving normal potassium levels in the blood was 2.2 hours, with 98% achieving normal levels within 48 hours from baseline.1-3 Lokelma also demonstrated a rapid reduction of potassium in the blood as early as one hour with one dose and a sustained treatment effect for up to one year.1,2,4 Lokelma was well tolerated, with few serious adverse events.2

Lokelma is approved in the US, the EU and Canada for the treatment of hyperkalaemia. It is undergoing separate regulatory review in Japan, with a decision expected in the first half of 2020.

Lokelma is an insoluble, non-absorbed sodium zirconium silicate, formulated as a powder for oral suspension, that acts as a highly selective potassium-removing medicine. It is administered orally, is odourless, tasteless and stable at room temperature. It has been evaluated in three double-blinded, placebo-controlled trials and in one 12-month open-label trial in patients with hyperkalaemia.

AstraZeneca (LSE/STO/NYSE: AZN) is a global, science-led biopharmaceutical company that focuses on the discovery, development and commercialisation of prescription medicines, primarily for the treatment of diseases in three therapy areas - Oncology, Cardiovascular, Renal and Metabolism, and Respiratory. AstraZeneca operates in over 100 countries and its innovative medicines are used by millions of patients worldwide. Please visit astrazeneca.com and follow the Company on Twitter @AstraZeneca.

4.Ash S, et al. A Phase 2 Study on the Treatment of Hyperkalemia in Patients with Chronic Kidney Disease Suggests that the Selective Potassium Trap, ZS-9, is Safe and Efficient. Kidney Int. 2015; 88, 404-411.

6.Ojo, A. Addressing the Global Burden of Chronic Kidney Disease Through Clinical and Translational Research. Trans Am Clin Climatol Assoc. 2014; 125:229–246. 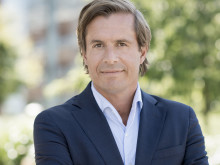