As well as having a harmonising effect with the bronze design, the human aspect was also central. For Johan Moritz, it’s important that the lighting welcomes people spending time in the surroundings. Today, the ellipses hover over benches cast in bronze to create both a sense of space and a fascinating lighting effect. The installation has been nominated for the Swedish Lighting Award 2014. 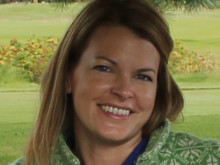 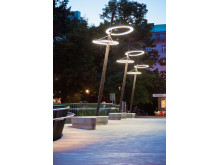 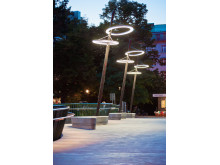 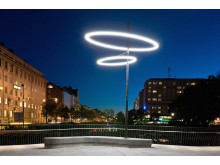 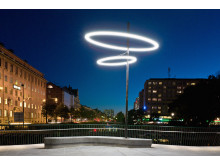 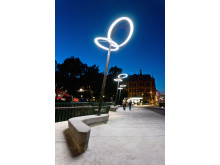 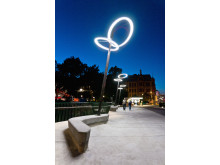 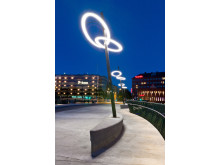 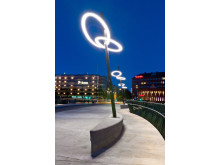 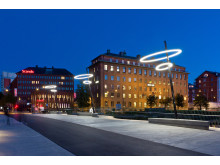 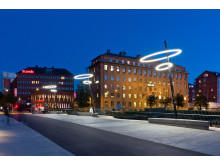