- To have our two of our products awarded at Pomme d'Or yet again in competition with the best cider producers in Europe yet again is fantastic and a great confidence booster for coming vintages.

Brännland Cider produces cider using 100% Swedish apples for a national and international market. The company's first vintage, an ice cider produced in the Swedish county of Västerbotten, not far from the arctic circle, using Swedish apples in adherence to the denomination set in the  country of origin of ice cider, Canada, was released in 2012. 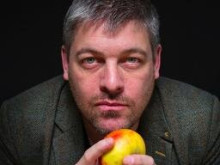