Swedish Startup Shortcut Labs launched their new products Flic 2 and Flic Hub LR (Long Range), on Kickstarter last summer. The campaign got funded within 30 minutes and has received orders worth over $800,000 so far. It is the company’s third crowdfunding campaign, and all have been well over $700k.

“Kickstarter and Indiegogo have been great tools for launching our products to test the market fit and receive feedback from early adopters.” says CEO Daniel Abdiu.

The new products shipped to most backers before the end of the year, and the response has been overwhelmingly good, judging from the comments on Kickstarter alone. Even though the promised support for Apple HomeKit has been delayed, early adopters are impressed about the hardware quality, the ease of set-up, the speed and its features.

“My first time using Flics. These new Flic 2s are perfect for what I was looking for. I have only just begun to play. I like the fact that they work as fast as a switch for my LIFX bulbs. Plus the fact that changing their functions is super easy and quick. I regret not purchasing more.” says Stuart, a backer from Australia.

“Now we feel confident to bring Flic 2 and the Flic Hub LR to all the other consumers around the world.” says Abdiu.

Due to the success of the campaign, both the first and second production batches were completely sold out before they were produced. After a ramp-up in production, the company are now finally able to offer their new product to the larger mass. At CES, the big consumer electronics show in Las Vegas in January, the company reveals the retail packages for the first time. 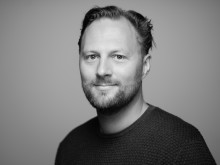