Följ Fria Bröd AB
"In recent decades, coeliac disease has gone from being a relatively rare disease in children, to a public health epidemic in Sweden and the rest of the developing world. Unfortunately, treatment has not nearly kept pace with the rise in correct diagnoses," says Gunnar Adås, managing director at Fria. "In the Western world it's estimated that 1% of the population has coeliac disease, and some studies even indicate a prevalence of 3 %. Considering that only 0.5 % have been diagnosed in Sweden, we understand that a large number of people are unaware that their ailments can be symptoms of the disease,” continues Adås. Reportedly, it can take an average of nine years between a first consultation with a physician about a complaint and receiving the correct diagnosis. Early identification of a patient with coeliac disease is equally important to both the individual and society as a whole, so providing a fast and correct diagnosis and supporting them with a lifelong gluten-free diet and lifestyle is paramount. Fria passionately believes in trying to make life better for people with coeliac disease, and this starts with diagnosis. "We strive to educate and raise awareness of coeliac disease and aim to assist in furthering the debate, so more undiagnosed people with coeliac disease can regain their health and we can help them embrace a gluten-free life," says Gunnar Adås. Fria has produced the booklet 'Which of Your Patients Have Coeliac Disease?' The aim of the publication is to spread information and knowledge to a wider group of international health professionals. Fria’s philosophy is that gluten-free foods can taste as good as, if not better than mainstream foods, so working in tandem with in-house dietician Nanna Mossberg, the Fria team ensures the food range is nutritious, inspiring and tempting for everyone. "The first step is knowledge of the disease and the second is maintaining a gluten-free diet and to do this, we feel it’s up to us to provide coeliacs with high quality, tasty food that helps them stick to and enjoy that lifelong regime," says Lena Adås. Since its foundation in 1996, by Lena and Gunnar Adås, Fria has gone from strength to strength and is now the biggest and most successful gluten-free and dairy-free bakery in Scandinavia. The company remains family-owned and family-operated and has won a series of prestigious awards and is now a recognised market leader in gluten-free bakery foods within Scandinavia. Building on its success, Fria has recently expanded its product range within Europe to the Netherlands, Italy and the UK. Production takes place in a dedicated gluten-free and dairy-free facility. Fria uses its own unique flour blend, which ensures delicious results as well as confidence in its safety. Raw ingredients and finished products are continually checked in the bakery and the lab and the range is fresh-baked then frozen. Freezing the Fria products means they stay fresh longer and also create less waste for the consumer. www.fria.se Contact: Anders Nilback, Marketing Director & Head of Export: anders.nilback@fria.se Tel: 031 734 13 30 M. 0700-911664 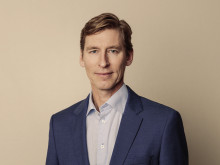