GKN Aerospace Engine Systems is a partner in the Open Rotor project. GKN is responsible for the front- and aft rotating frame modules. The Open Rotor engine was ground tested at Safran and test data is now being analysed.

– We look forward to receiving the rotating frames back for inspection early next year, says David Elmdahl, Programme Manager at GKN for the Open Rotor. The engine testing was very successful from a validation point of view. We now have proof that our design works as expected. Many of the new SMEs (small and medium enterprises) subcontracted during the project are now on their way to becoming suppliers in our series production and in addition the machining method developed for the rotating frames is already implemented in our current production of turbine exhaust cases, David continues. 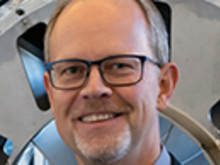 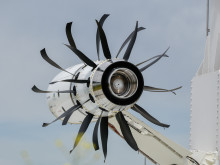 Awarded Propulsion System can deliver up to 20% better fuel consumption

SAFRAN Aero Engines, together with GKN Aerospace and GE Avio was receiving the award for best “Propulsion System” at the Aviation Week Laureates ceremony in Washington DC, on March 14th. 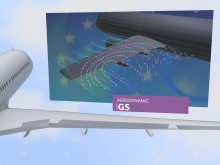