The eco-friendly end of the world in Wagner’s Ring Cycle. Disney’s Hunchback of Notre Dame – The Musical with high-tech set design and some of the audience seated on the stage. Kerstin Avemo alone on stage, fabulous Mozart and Puccini, and a world first by Frida Andrée and Selma Lagerlöf.

On top of all that, new dance works by Sidi Larbi Cherkaoui, Marina Mascarell and Jo Strømgren. First encounters with exciting choreographers Hofesh Shechter and Crystal Pite. International tours and a brand new dance festival.This is the Göteborg Opera’s 2018/2019 season!

"In Le Nozze di Figaro, women from all classes join forces to put a stop to the manipulative sexual behaviour of Il Conte. In Disney’s Hunchback of Notre Dame – The Musical, social outcasts come together to overthrow authority. There’s a clichéd view of opera as a series of warbled love duets… but in fact we find a multifaceted world on stage. Love is often at the centre, but the relationshipsare complicated, and usually there is a power imbalance. The interaction of power and sex has been a central concern of opera and music theatre for 400 years. Sadly, the topic is still as relevant as ever.”

“The Göteborg Opera is one of the very few opera houses in the world to house a contemporary dance company. The company has recently won several national awards and our international reputation is stronger than ever. At the same, at the Göteborg Opera, you have the opportunity to get even closer to dance and its dancers. With the combination of our phenomenal dancers and world class choreographers and artists, we are able to present and produce ground-breaking dance performances, made especially for us and that cannot be seen anywhere else. This season’s world premieres on the Main Stage are the results of these encounters.”

The season’s great musical Disney’s Hunchback of Notre Dame – The Musical will be a breathtaking, high-tech adventure, with a unique opportunity for members of the audience to watch from on stage. The production is by Fredericia Theatre, where it was seen by 160,000 visitors and won Denmark’s foremost performing arts award. Conductors Alexander Hanson and Marie Rosenmir. Directed by Thomas Agerholm.

Richard Wagner’s epic Der Ring des Nibelungen is the Mount Everest of the opera world. And we’re now embarking on Gothenburg’s first ever Ring Cycle, with Das Rheingold. We will be performing one opera per year, culminating in 2021. In this epic work, the choices made by individuals, disrupting the laws of nature, cause a spiralling dark journey towards Götterdämmerung, the Twilight of the Gods. Fittingly enough, the Göteborg Opera’s production is also a learning experiment in finding new ways of making the performing arts more environmentally sustainable. Artist Jesper Waldersten’s posters give a hint of the darkness and beauty that awaits. Directed by Stephen Langridge. Conductor Evan Rogister.

Bloody revenge in Sicily. Cavalleria Rusticana and Pagliacci are brimming with heat and passion, before each opera is halted by murderous jealousy. Their plots revolve around the weaknesses and desires of ordinary people. A successful production, which won the Olivier Award for its premiere at Covent Garden in 2015. Conductor Pier Giorgio Morandi. Directed by Damiano Michieletto.

Puccini’s opera Madama Butterfly is a tragedy of human relationships and international power play. Director Yoshi Oïda from Japan was a teenager when Japan was one of the losers of World War II and became an American colony. Conducted by Henrik Schaefer. Revival.

Swedish premiere of the musical The Story of My Life by Neil Bartram, a poignant tribute to the friendships that shape our lives. Directed by Victoria Brattström. Musical director Per Larsson.

Return to the Forbidden Planet (Bob Carlton) is a science fiction musical, inspired by Shakespeare’s The Tempest and packed with hits from the 1950s and 1960s. A West End success that won the Olivier Award for Best New Musical (1989). Directed, translated and adapted by Rikard Bergqvist, who created Hair in 2016/17.

Also revivals of Borta eller hemma, musical theatre in one act for children aged 4 and up, and A Christmas Tale.

In the dance double bill Dust to dust, Sidi Larbi Cherkaoui (Choreographer of the Year 2017 according to German Tanz) returns to create his third world premiere with Göteborgsoperans Danskompani after the hits Noetic and Icon. In this work too, as yet untitled, there will be live music on stage. The choreographer Crystal Pite from Canada allows Göteborgsoperans Danskompani to tackle Solo echo, to the music of Johannes Brahms. The work was created for Nederlands Dans Theater in 2012.

Skid & Decadance Gothenburg give audiences a second chance to see two acclaimed masterpieces. Damien Jalet’s Skid, in which the stage is raked at an angle of 34° straight down into the orchestra pit, was a smash hit at its world premiere last season, and is now in demand for guest performances across Europe. The finale Decadance Gothenburg by Ohad Naharin (“Mr Gaga”) is a collage of his repertoire in a version created exclusively for GöteborgsOperans Danskompani.

Life’s a show presents world premieres by the poetic Marina Mascarell (who created Mongrel in 2015) and the explosive Hofesh Shechter, one of the world’s most celebrated choreographers with his own company based at Sadler's Wells. Impossible to predict, but with an unmistakable style, here he creates his first work for Göteborgsoperans Danskompani.

The Ministry of Unresolved Feelings is a new work by Norwegian choreographer Jo Strømgren with Göteborgsoperans Danskompani, aimed at teenagers and young adults, and a part of the Göteborg Opera’s SKAPA project.

In the 2018/2019 season, GöteborgsOperans Danskompani will tour China, including Macau, open the Torinodanza Festival in Turin, perform at the prestigious Sadler’s Wells in London and visit Madrid, Paris and other European cities.

The dance season also ends in spectacular style with the Göteborg Opera’s first dance festival: A unique chance to see both the male and female versions Roy Assaf’s Sacre (world premiere 2017) the same evening. Hofesh Schechter Company will do a guest performance of his huge success Grand finale. Also: several workshops, conversations and a concert with Icelandic star Ólafur Arnalds.

We will be celebrating International Women’s Day 2019 with a first ever concert performance of an opera by two important female artists: composer Frida Andrée and author Selma Lagerlöf. The conductor of Frithiof’s Saga is Folkoperan’s Music Director Marit Strindlund.

The following productions are touring in the region or will be performed at the Göteborg Opera Skövde Stage: Return to the Forbidden Planet, Ministry of Unresolved Feelings, The Story of My Life, Kom inte hit! (opera), Late Summer Concert (soloists with pianist and dramaturgist), Summer Nights (the Göteborg Opera Orchestra plays Nordic romance), Christmas at ours (performing arts for all ages at Christmas). There are also regular Saturday and lunchtime concerts in Skövde. 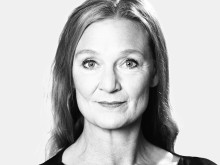 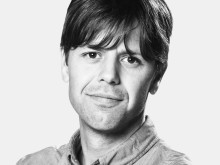 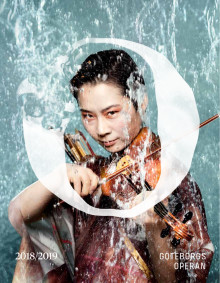