Exactly 24 hours after the announcement of the 2012 winner of the Astrid Lindgren Memorial Award, the Junibacken company will put on a performance based on the work of the winner.

The 2012 winner of the Astrid Lindgren Memorial Award will be announced at 1:00 pm on Tuesday 20 March. At Junibacken, director and artistic head of the Junibacken theatre Mikael Kallin, will be sitting together with the company, scenographer and props manager in front of the computer watching www.alma.se, where the announcement and subsequent presentation of the award winner can be followed live. Immediately after the announcement, work will begin to produce a performance based on the work of the award winner, to be premiered at Junibacken on Wednesday 21 March at 1:00 pm, exactly 24 hours after the announcement. Throughout Tuesday afternoon and through the night, research will be carried out, a script written, and the performance rehearsed. Further, scenography, props and costumes will all be created – solely from the materiel that is available in the workshop and stores at Junibacken.

This is the second year in a row that such a feat will be undertaken. Last year saw the creation and performance of Grandpa’s Story – Farfars resa based on the novel Grandpa’s Story by 2011 award winner Shaun Tan, part of the anthology Tales from Outer Suburbia.

“Well – we’ll be there again, soon. All the artistic personnel at Junibacken crowded around a computer following the announcement of the 2012 ALMA award winner. And a day later we’ll have created a performance based on the work of the award winner. “Why, what’s the rush?” was one of the questions we were asked last year. Because we don’t believe that many children read the cultural news in the morning newspaper. But they do come and visit Junibacken! And so, of course, we must make the work of the year’s award winner available for them, while at the same time drawing attention to the largest prize in children’s literature in the world”, says Mikael Kallin, director and artistic leader of the Junibacken theatre.

Junibacken
Junibacken on the island of Djurgården in Stockholm is a museum filled with fun, based on children’s books. The work of Astrid Lindgren is central, but the work of many other authors is made available through exhibitions and theatre. Junibacken has an in-house company of six stage performers, four musicians and a director/artistic leader. Junibacken puts on approximately 1,600 performances each year, making it one of the largest producers of children’s theatre in Sweden. Junibacken opened in 1996 and has approximately 400,000 visitors each year. More information is available at www.junibacken.se. 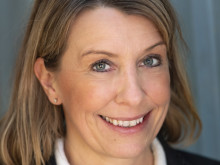