25-year-old Fred Lindberg, cellist and student at the Royal College of Music in Stockholm (KMH) is the recipient of this year’s Jan Wallander Prize. He will now have the opportunity to use a cello built in Naples in 1741 by the famous instrument maker Gennaro Gagliano.

The Jan Wallander Prize is awarded each year to a distinguished student at one of the music colleges in Sweden. In addition to the honor, the prize-winner will have the opportunity to use an instrument of extremely high class for an extended period of time.

This year's Jan Wallander Award winner was selected with the jury's motivation:

With a dazzling virtuosity and imaginative interpretation, cellist Fred Lindberg is the winner of the Jan Wallander Prize 2020.

– It is great fun! I have had a good instrument so far, but it is nice to level up and get the chance to play on such a top instrument. It will develop me as a musician in many ways, says Fred Lindberg.

– I am getting to know the instrument. It is not completely obvious how to play this cello in the best way, Fred Lindberg continues. It has a lot of harmonics and I think it will project very well in a large hall.

The prize will be awarded at a ceremony in the Royal Hall at KMH in Stockholm. During the ceremony, the winner will perform a piece on the Gagliano cello.

A international jury, this year consisting of prominent cellists Bjørg Værnes Lewis and Frans Helmerson, and Staffan Scheja, professor of piano at KMH, nominated Fred Lindberg as the winner based on his performance of the fourth movement from Elgar's cello concerto and the first movement from a sonata by Boccherini.

Hear the jury members on Fred Lindberg's qualities as a cellist:

– It's hard to convey a complete picture of me as a musician in just ten minutes, but I think these two pieces showed different aspects of my playing in a good way, says Fred Lindberg.

The award is named after Handelsbanken's former CEO and chairman Jan Wallander and was established by Handelsbanken in collaboration with KMH. It gives young talents from music colleges in Sweden the opportunity to use distinguished instruments for a long period of time.

Fred Lindberg started playing the cello as a seven year old. Today he is studying at master’s level at KMH/ Edsberg Manor with Jakob Koranyi as his head teacher. He has previously studied the mentorship program Classe d 'Excellence de Violoncelle in Paris under the leadership of world cellist Gautier Capuçon and participated in several master classes abroad, for Steven Isserlis, Gary Hoffman, Anner Bylsma, Jerome Pernoo and others.

Fred has performed several times as a solo artist, including with Bergen Philharmonic Orchestra and L'Orchestre du Conservatoire de Paris, and has also performed at major concert venues such as Carnegie Hall in New York, Muziekgebouw in Amsterdam, Admiral Palace in Berlin and the Chicago Symphony Center. 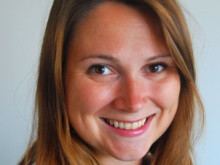 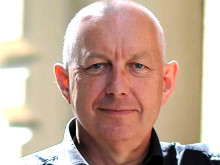 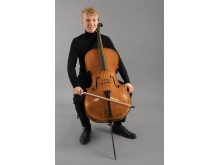