In most cases, an open pipe can easily be replaced with an air nozzle to optimize the usage of compressed air and decrease the cost. In other cases, for example when blowing in machines, it can be more complicated to install an air nozzle, due to space limitations.

To make it easier to optimize the usage of compressed air, even in limited spaces, Silvent launches two flat energy efficient air nozzles. SILVENT 931 and SILVENT 941 have been available as a part of Silvent’s air knives, but now they are launched as individual products to make it easier to also use in smaller applications.

"SILVENT 931 and 941 are small angled flat nozzles in stainless steel. The nozzles generate a wide thin air stream. Due to the small dimensions, the nozzles are very suitable for machine designs with limited space. The air nozzles can often help to decrease the compressed air consumption with up to 40 percent, which makes a big difference", says Ulf Persson, Operations Development Director at Silvent.

The big difference between both models SILVENT 931 and SILVENT 941 is the connection of the air nozzle. To complement each other, and satisfy a wider segment of users, SILVENT 931 is blowing at a 90-degree angle. Except from that, both air nozzles have the same performance and both have a patented design and a special technology that makes it possible to combine a quiet and efficient blowing.

Silvent helps manufacturers with energy optimization and improved working environment. The headquarters are located in Borås, which is where all research and development takes place. The company has unique expertise in the area of compressed air dynamics. Silvent’s products and customized solutions for blowing with compressed air are used by leading manufacturers and brands worldwide. Today, Silvent’s products are available in 77 countries, and in 2016 the company’s sales brought in SEK 125 million. Silvent is part of the Lifco group which are listed on Nasdaq Stockholm. 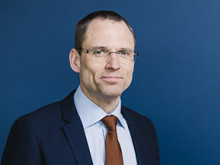