Silicon Valley
I had already made contact to meet Adiba Cremonini who is miss networker for the Swedish community in Silicon Valley. When I was settled in I had a few meetings that I had set up myself and then I met with her. She took me to a Silicon Vikings event, where I met other Scandinavian entrepreneurs, business people, angels and interns. A great mix of people. I tried to meet as many people as possible- “elevator pitch”- grab a business card, then Linked in and follow up e-mail. I met Sven Otto Littorin at the event, who has been a visiting scholar at the Stanford Wallenberg Hall. He did a great job of showing me the Stanford campus and he gave me insight in the Stanford community. It was great to meet him at Stanford, as he was not a politician he would have been in Stockholm. Within a day he even gave me some top contacts in Sweden that should help my start up.

Every day I would meet people that would tell me to meet this and that etc. I managed to go by the Black Box Mansion, which is a big mansion with European entrepreneurs loitering around.  I met the host Bjoern Lasse Herrmann  who introduced me to more people and more connections. He later invited me for a dinner they have every week where I met another bunch of interesting people.

I also met up with Ron Gutman a Stanford graduate, entrepreneur and angel investor, he pointed out that starting iDoc24 in the US would need FDA approval before a launch. Ron also introduced me to RockHealth which is a six month incubator for start ups and their web page is a great resource for health start ups. I met with Eric Douglas at Cellscope, which is a start up within the field of mobile microscopes. They are currently working on a mobile ear infection device, to diagnose ear infections.

I was also very fortunate to be invited to the department of dermatology at the University of San Francisco where dermatologist Ivy Lee took care of me. As a medical doctor I was able to take part in the morning educational session where there was an exclusive talk  on the new treatment of metastatic malign melanoma drug Vemurafenib produced by Plexxikon.

Follow up
Now I am home and got lots of work to do. I really learnt something and the Silicon Valley bug has bitten me. There are problems of course to make a move: Visa, investors, leaving your home in Sweden. But now I have 6 months to try and rectify this and iron out any problems. The 3 weeks cost me a total of $4000. Moving my company there will probably cost $50 000 even before hiring people. The latest in Silicon Valley is that a computer engineer wants $150 000 and options, so be well prepared before you take the plunge. And BTW I gained 7 kilograms of fat during the trip!

For any help with my contacts and basic advice, drop me a mail alexander@iDoc24.com 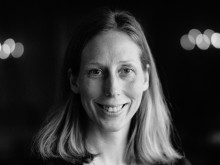