​Farming as a Service becomes a new tool in the fight against climate change as the FoodTech enterprise SweGreens joins the Swedish Strategic Innovation Program, Viable Cities.

Viable Cities is an innovation program for smart and sustainable cities. The aim is to accelerate the transition to inclusive and climate neutral cities by 2030 with digitalization and citizen engagement as enablers.

SweGreen is an innovation company based in Stockholm focused on futuristic, smart and circular solutions for controlled-environment urban farming. SweGreen own technologies which enables integration of smart vertical farming solutions into real-estate properties. Recently SweGreen has introduced a service for urban production of leafy greens, called Farming as a Service (FaaS), which allows clients to produce greens under their license and close to the city population.

Viable Cities is growing steadily and new members like SweGreen are joining the current member pool, the likes of Swedish municipalities, Swedish universities and research institutes and other leading innovation companies. Running from 2017 to 2030, the program gathers partners from industry, academia, public and civil society organizations, and jointly funded by the Swedish Innovation Agency (Vinnova), the Swedish Energy Agency and Formas with a total investment of 1 billion SEK (about 100 million EUR).

Viable Cities is coordinated by KTH Royal Institute of Technology. 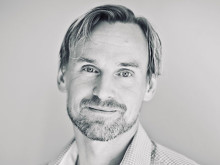