Dr Kristian Sandberg, Director of the Drug Discovery and Development platform at SciLifeLab, has joined the board of Umeå-based biotech company Lipum.

“Kristian has extensive experience in drug development. We are absolutely delighted to announce his appointment”, says Ulf Björklund, Chairman of the Board at Lipum.

Lipum has developed a biological drug candidate designed to provide more effective treatment of rheumatism in children. Preclinical studies have delivered promising results and demonstrated the potential to offer a unique way of treating chronic inflammatory diseases. The drug’s development is so advanced that it can soon start being tested on humans.

The company’s board is now being strengthened further with the expertise of Dr Kristian Sandberg, who heads up SciLifeLab's pharmaceutical platform. He was formally elected to the board at an Extraordinary General Meeting on March 3rd.

“Kristian has considerable experience in research and development in the pharmaceutical industry, including more than 20 years working in several positions at AstraZeneca. His work at SciLifeLab has led the development of Lipum's drug candidate, so the fact he’s now joined Lipum's board is a huge asset for us”, says Ulf Björklund.

Last autumn Lipum welcomed Professor Anders Fasth as an expert advisor on the company's scientific advisory board. The company has also been granted SEK 23 million in funding from the European Commission's Horizon 2020 program and attracted SEK 25 million in investment from a recent new share issue.

“We have taken many important steps forward, both as a company and with our drug candidate. Having so many competent people involved in the company, as well as among our shareholders, makes us significantly stronger”, says Einar Pontén, CEO of Lipum.

Lipum is a preclinical pharmaceutical company specialised in finding treatments for autoimmune diseases that cause chronic inflammation, such as arthritis. The company has identified a specific protein as a primary cause of such diseases and is currently developing a new biological drug to block it.

Lipum, which is based at Umeå Biotech Incubator, has its origins in academic research - primarily at Umeå University. The company has some 40 shareholders and the researchers who originally founded it remain significant and active stakeholders. The EU supports the company’s development through its Horizon 2020 program.

Umeå Biotech Incubator (UBI) is one of Sweden’s state-of-the-art business incubators within the life sciences. We help researchers to use their data to the benefit of patients and citizens, improving their health. We support and train entrepreneurs in the fields of pharmaceuticals, diagnostics and medical engineering, and act as a bridge between academia, medicine and the business community. 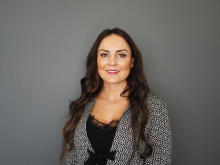 ​Now Umeå company Lipum brings more expertise to the company. Professor Anders Fasth steps in as an advisor in the development of medicines for inflammatory diseases. “It is very gratifying that he joins the team,” says Einar Pontén, CEO of Lipum. 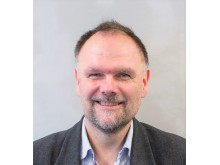