WallVision was founded in 1905 in Borås, Sweden, and is distributing and selling on the international market to more than 60 countries. WallVision has developed into the leading wallpaper group in the Nordic region with more than 50 percent market shares. As of mid January 2018 WallVision group consists of five strong interior design brands: Boråstapeter, Engblad & Co, Cole & Son, Mr Perswall and Wall&decò.

With the new acquisition of the Italian high-end brand Wall&decò WallVision further expands its strong market position and takes another step to become the European leader in Premium wallcovering. The entry of Wall&decò into the Wallvision group constitutes a significant opportunity for both parties. Wall&decò have shown double digit growth rates since it was founded in 2005. CEO of WallVision Olle Svensk explains:

”I am really excited to have Wall&decò in the WallVision Group, they are a true diamond for the category. We look forward to take this brand to the next level together with Christian Benini and his team.”

"I've always dreamt big for Wall&decò. There was no way I could miss such a chance
for development and expansion".

WallVision is a Sweden-based designer and manufacturer of premium wallpaper, which the Group distributes and sells on the international market through four separate brands. Founded in 1905, the Company has developed into the leading wallpaper group in the Nordic region, where its market share exceeds 50 percent, and is growing on key export markets such as USA and China. WallVision’s vision is to become the European leader in premium wallcoverings with a portfolio of strong, aspirational, and profitable brands. 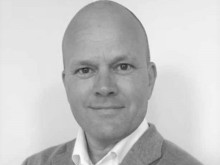