SINGAPORE: In another bid to use technology to overcome resource constraints, the Singapore Armed Forces (SAF) has unveiled an unmanned watch tower (UWT) that improves surveillance and cuts manpower needs in the protection of key installations.

The SAF will deploy three UWTs on Jurong Island, where it has been conducting coastal surveillance by positioning security troopers in watch towers across the island. In contrast, the UWTs will be operated remotely from the unit headquarters on the island.

The UWT, designed and built by DSO National Laboratories, is just one of several tech-centric initiatives announced by Defence Minister Ng Eng Hen in his Committee of Supply debate speech on Friday (Mar 2).

While security troopers on Jurong Island currently use binoculars for surveillance, the UWT is equipped with sensor systems comprising multiple low-light, high-resolution cameras and video analytics for automatic detection of targets.

The cameras, which automatically adjust their settings based on outdoor conditions, can detect targets as small as a swimmer. Sensors use machine learning to identify threats and will send an audio warning to security troopers if a threat enters a restricted zone.

“Soldiers with binoculars are susceptible to environmental conditions including rain, night and even during the haze,” COL Dinesh said.

“But the surveillance on board the unmanned watch tower provides a better field of view and allows the operators to observe threats that are approaching the island from a greater distance.”

Due to operational security reasons, the SAF is unable to disclose the UWT's range.

This technology also reduces fatigue on the eyes of soldiers, who can spend hours staring at the sunlit sea. “Our vision will get blurry and the information process will be slowed down,” said Corporal (CPL) James Tan, who has been a security trooper on Jurong Island for more than a year.

But the UWT changes that with its sharp visuals even at night, the 24-year-old added. “It gives us very precise (information) about the vessels that are coming in, so we can react fast.”

With the UWT, details like the colour and name of vessels can be seen clearly, said Second Sergeant Endy Othman, a platoon sergeant in the unit on Jurong Island. “It makes decision-making easier – whether to engage unauthorised vessels that come into our waters,” the 24-year-old added.

When that happens, soldiers can “choose to trigger quick response forces from either the SAF or the Singapore Police Force”, COL Dinesh said. The UWT also comes with a loudhailer-like long-range acoustic device to warn intruders.

Beyond the operational improvements, the UWT brings manpower savings of up to 30 per cent. While one team of security troopers currently operates one watch tower, the same team can operate up to three UWTs. The SAF is unable to reveal exact manning figures for operational security.

In addition, the UWT’s automation allows more soldiers to be eligible for the job. For example, servicemen with mild asthma can now qualify as the need to run up and down the existing 8m-tall watch tower is removed.

“Soldiers previously not suitable to perform this critical role can now perform this role with changes to the directory of vocations,” COL Dinesh said.

Security troopers who protect key installations will go through the usual 11 weeks of training before spending two to three days familiarising themselves with the new system. Currently, one unit has been trained to operate the UWT.

CPL Tan said the transition has been seamless. “This is one of the technologies we can use easily, just like using your phone,” he said.

The first UWT will be deployed on Jurong Island this month, with another two towers operating by September. The UWT is also a redeployable system, which means it can be moved elsewhere depending on operations.

The SAF will conduct a review before deciding whether to deploy the UWT at other key installations like Sembawang Wharves and Changi Airport.

Prior to publication, it must be approved by DSO National Laboratories. 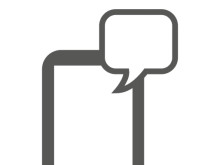 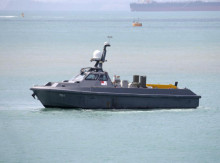 SINGAPORE - Drones, autonomous vessels and unmanned watch towers are some of the technology that the Singapore Armed Forces has invested in to tackle the manpower crunch and improve operational efficiency. This was shared by Defence Minister Ng Eng Hen during the debate last Friday (March 2) on his ministry's spending plans for the year.